A group of journalists, civil society and activists in Uganda have Friday participated in a walk in Uganda’s capital, Kampala, to raise awareness on the need to safeguard press freedom.

This was part of the activities to mark the World Press Freedom Day. The walk which began from the Railway grounds was flagged off by Marry Karooro Okurut, the Minister of General Duties.

They held a procession from railway grounds through Siad Barre Road, to Nile Avenue and returned to the starting point through Kampala Road. They held placards with wording advocating for the respect of journalists’ rights.

Also prominent among the appeals by participants was the call for the UCC Executive Director, Eng Godfrey Mutabazi to “leave the media alone”. Others held placards written on “Mutabazi should resign”.

It comes days after the communications regulator directed 13 broadcasters (Radios and Televisions) to suspend senior staff (Producers, Heads of Programmes and Heads of News) for broadcasting content relating to the recent arrest of opposition politician, Bobi Wine.

UCC said the content fell short of the minimum broadcasting standards, it was sensational and inciting violence. 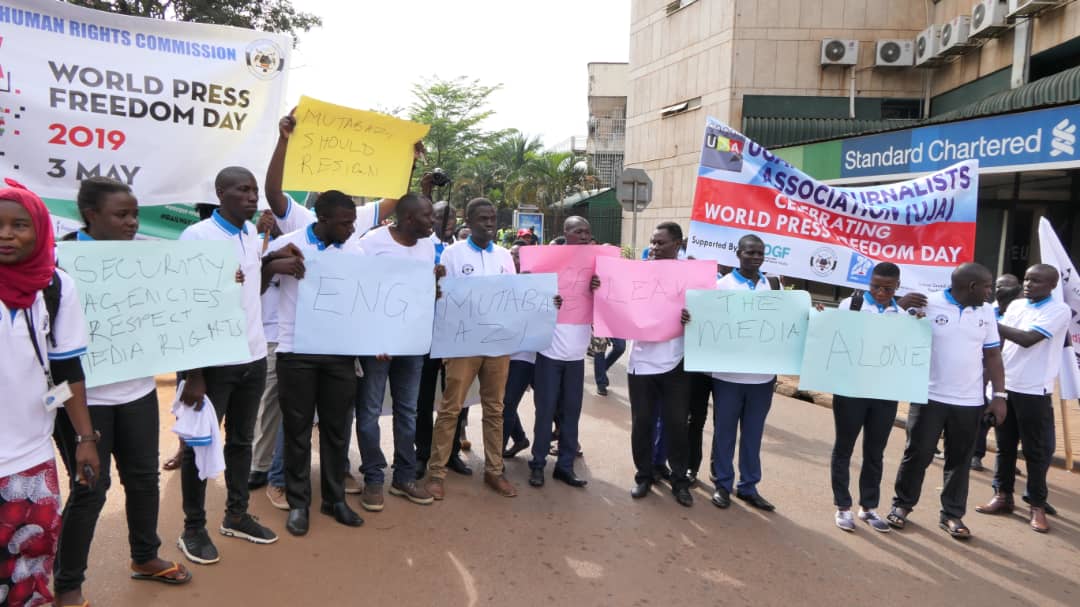 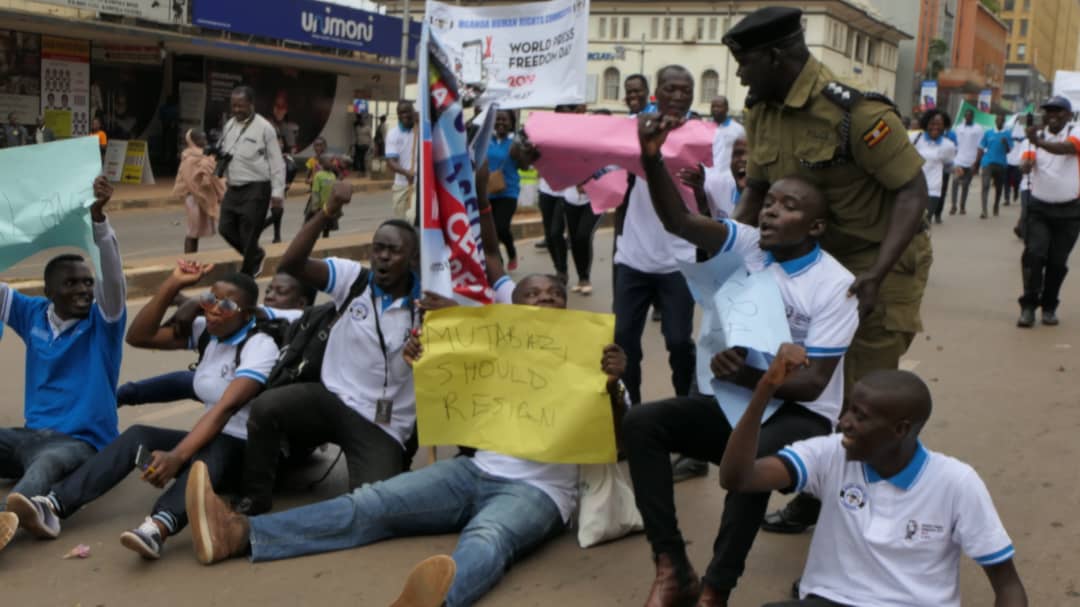 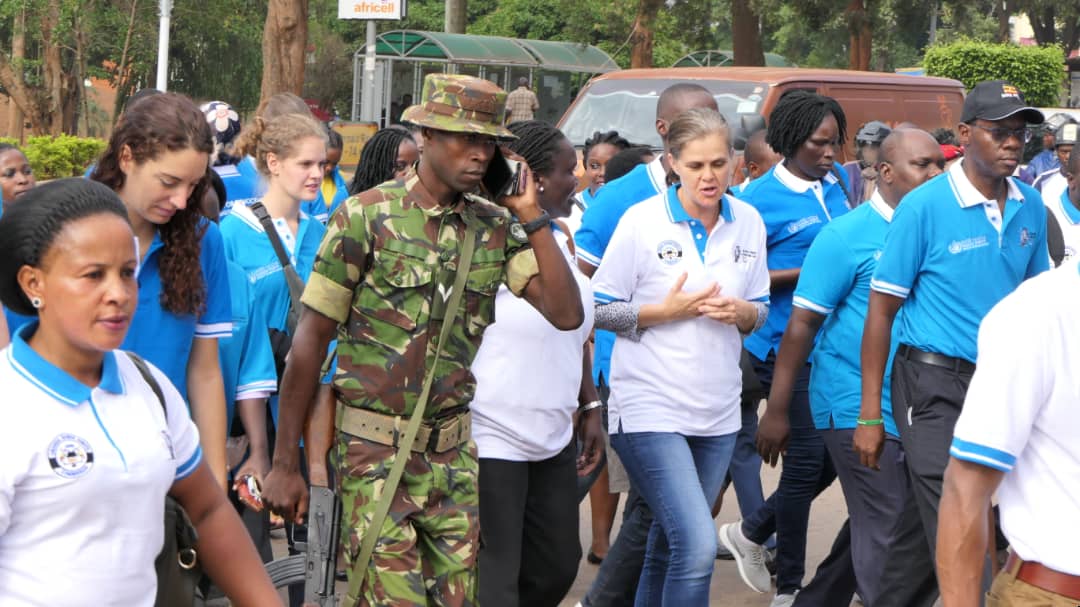 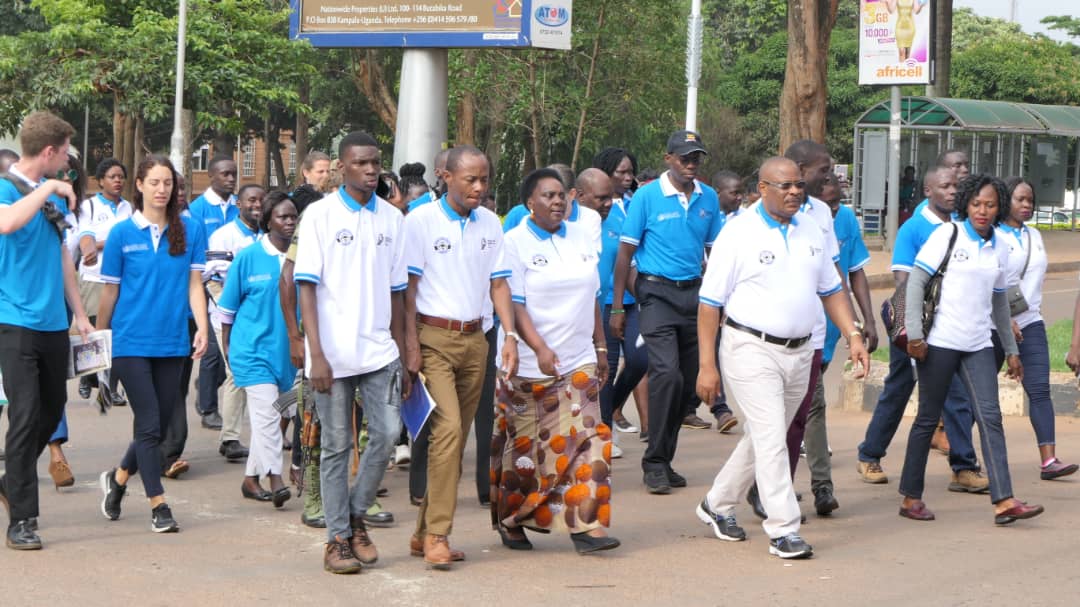 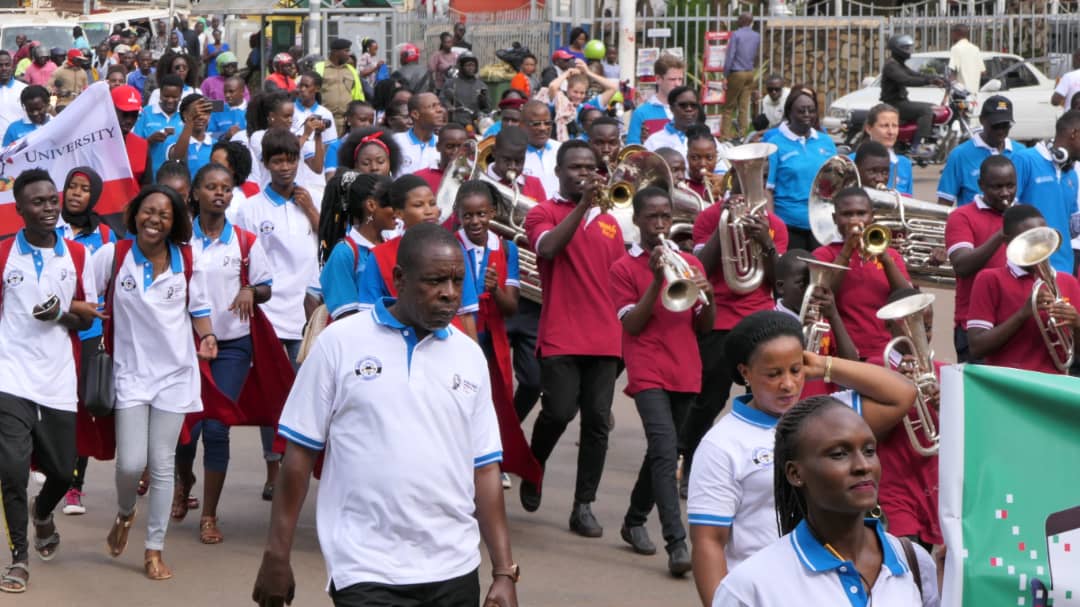 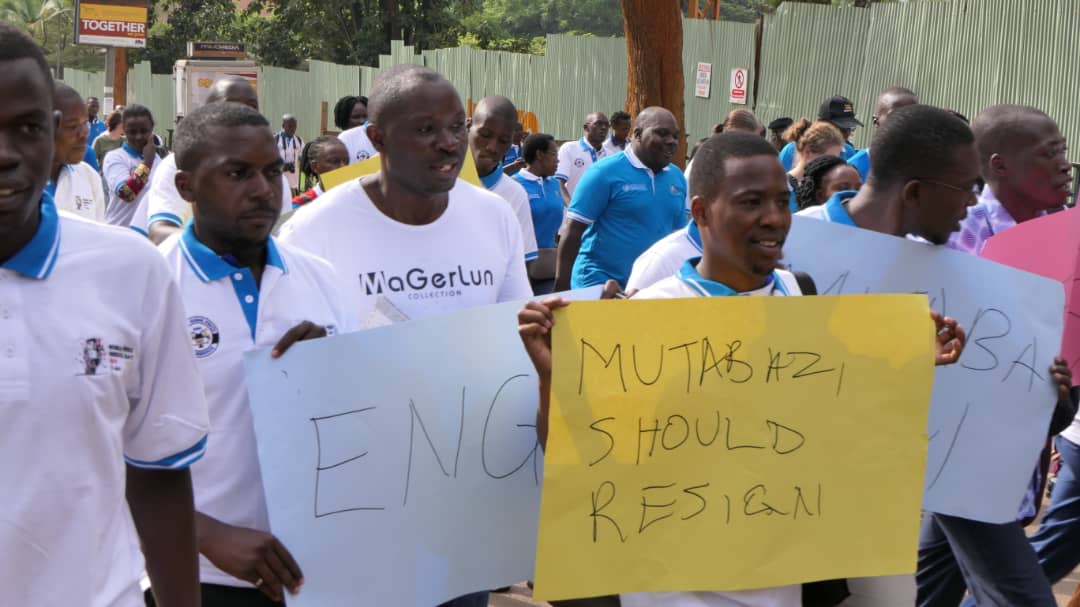 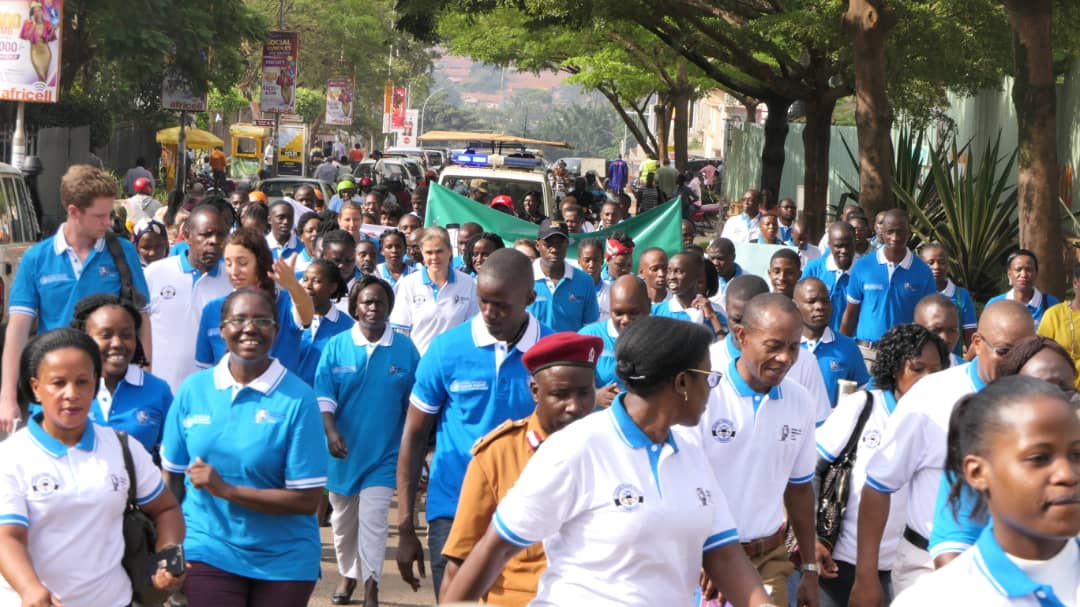 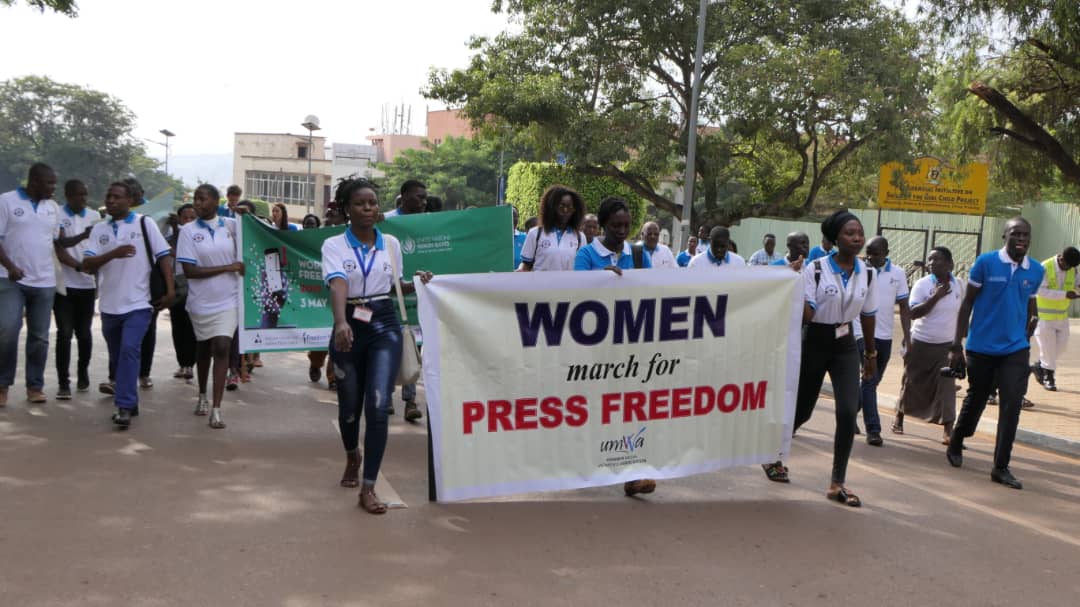 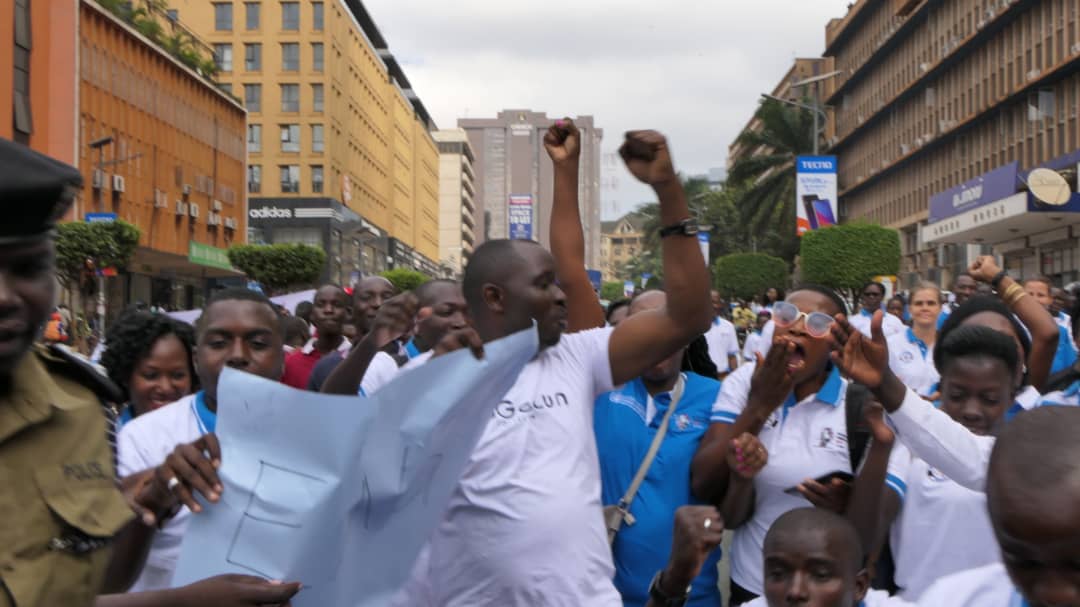 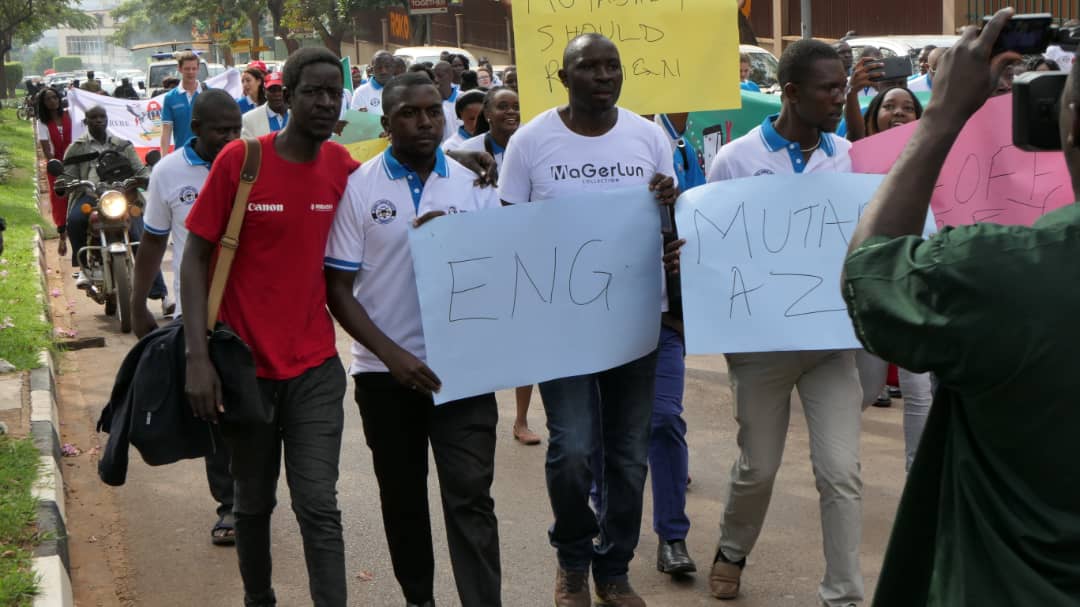 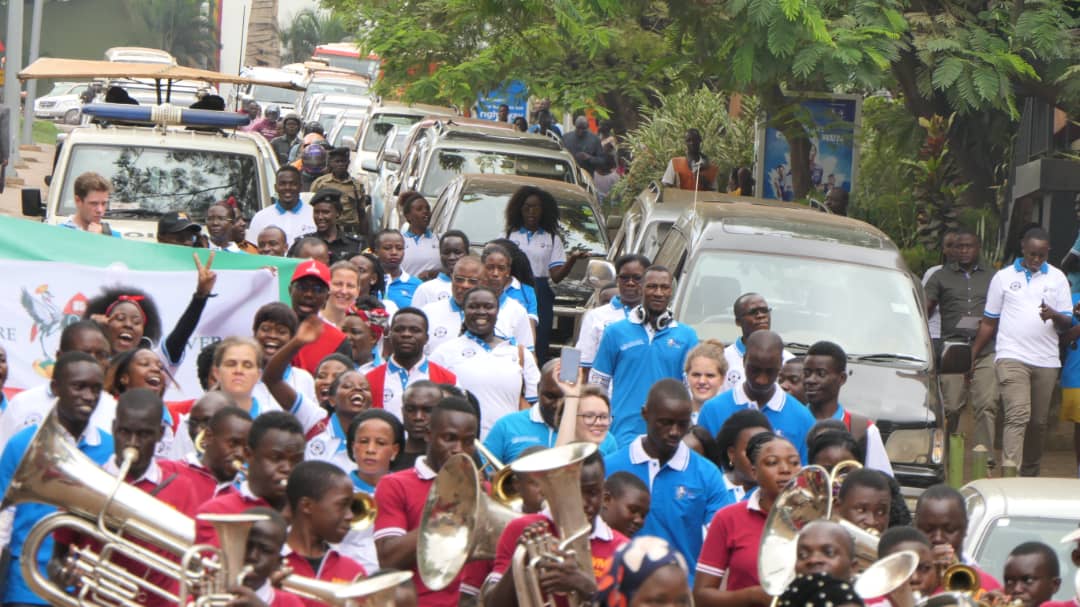 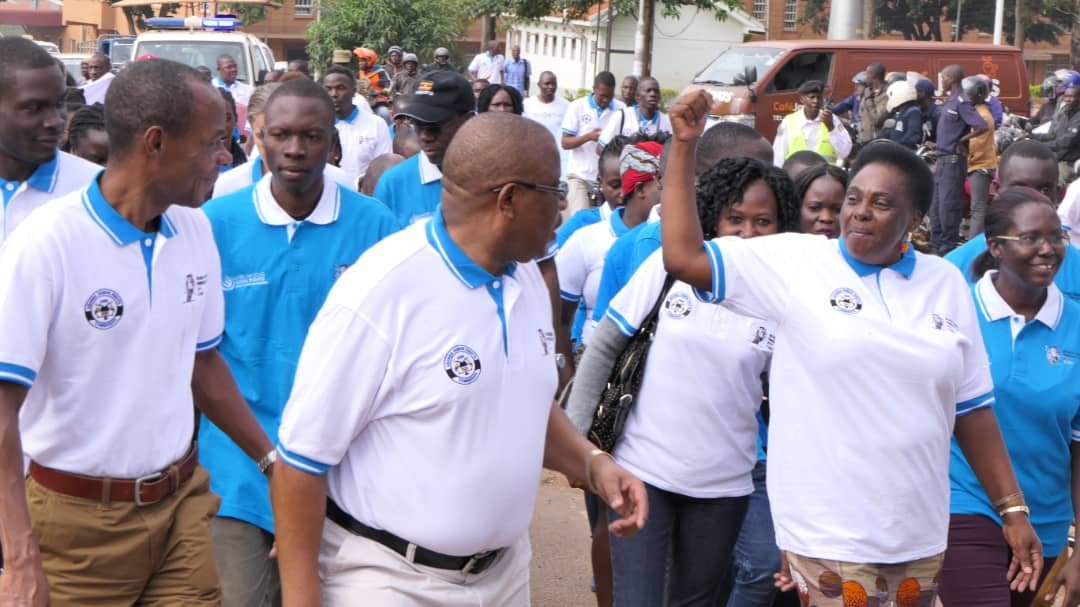 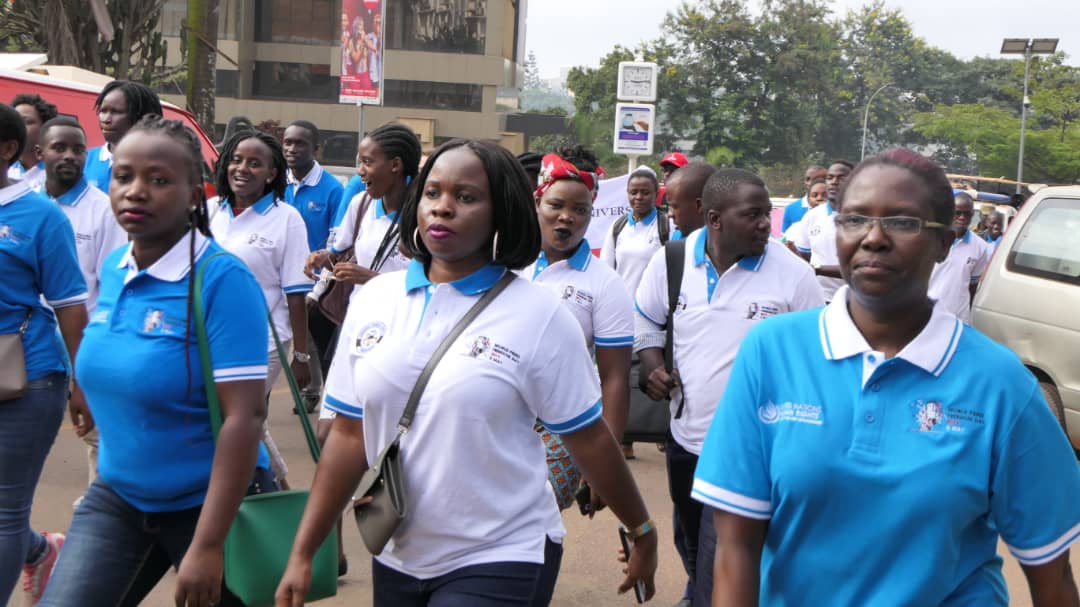 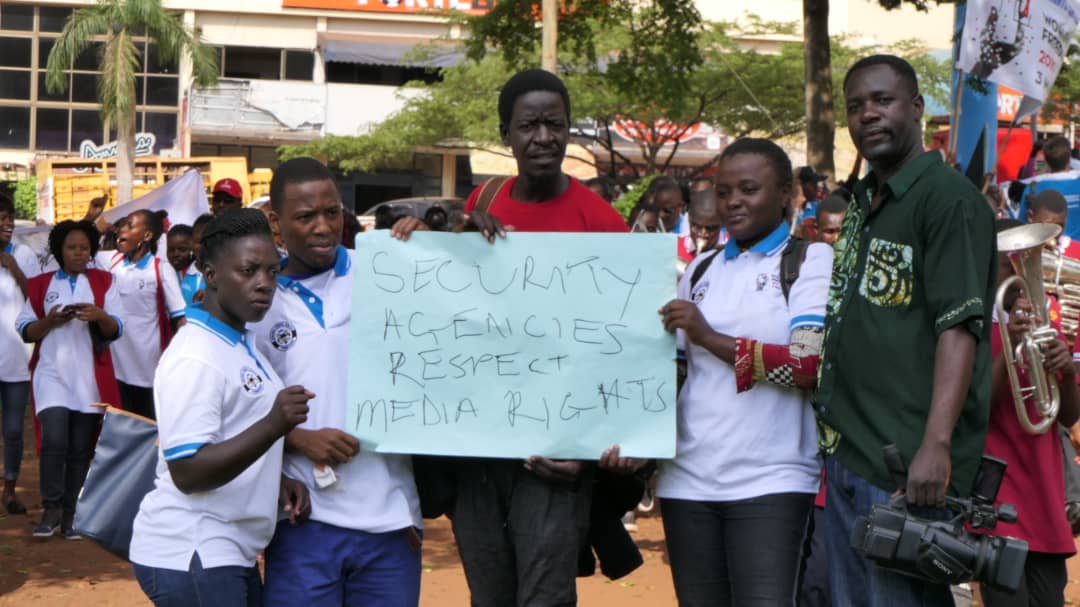 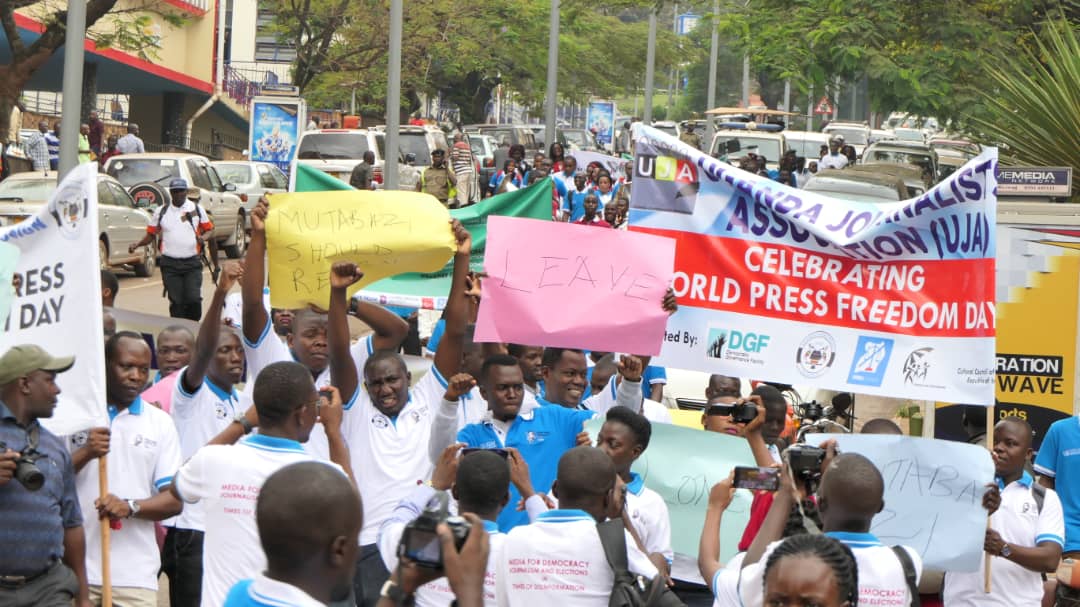 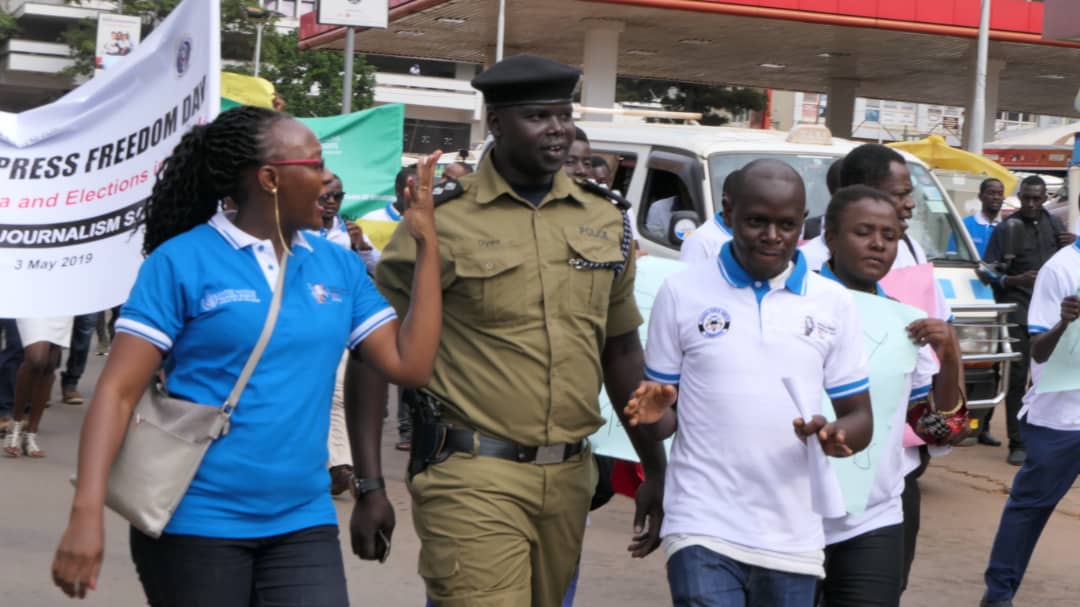 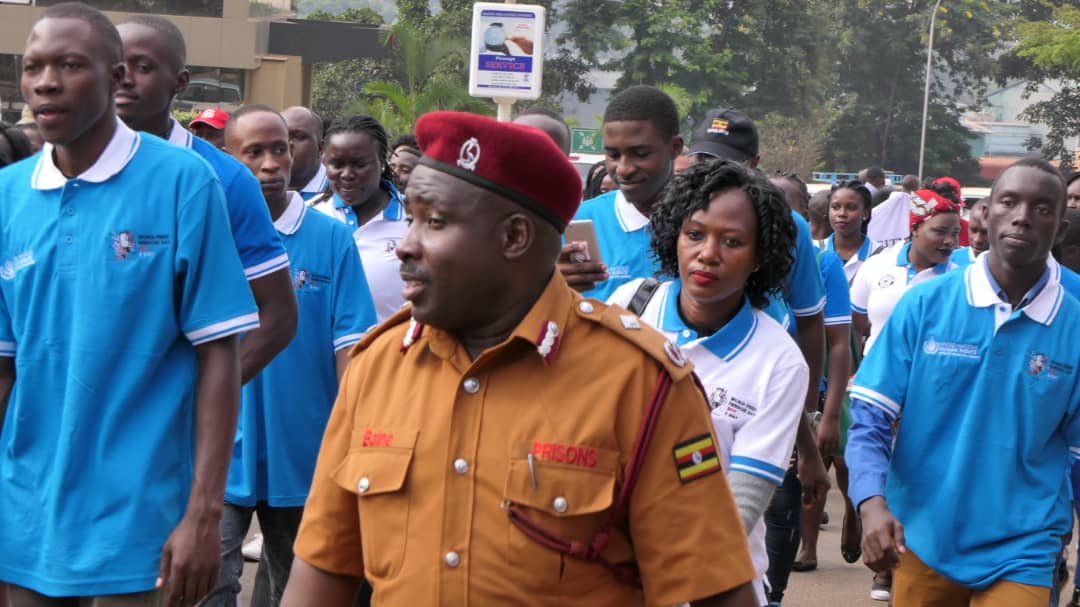 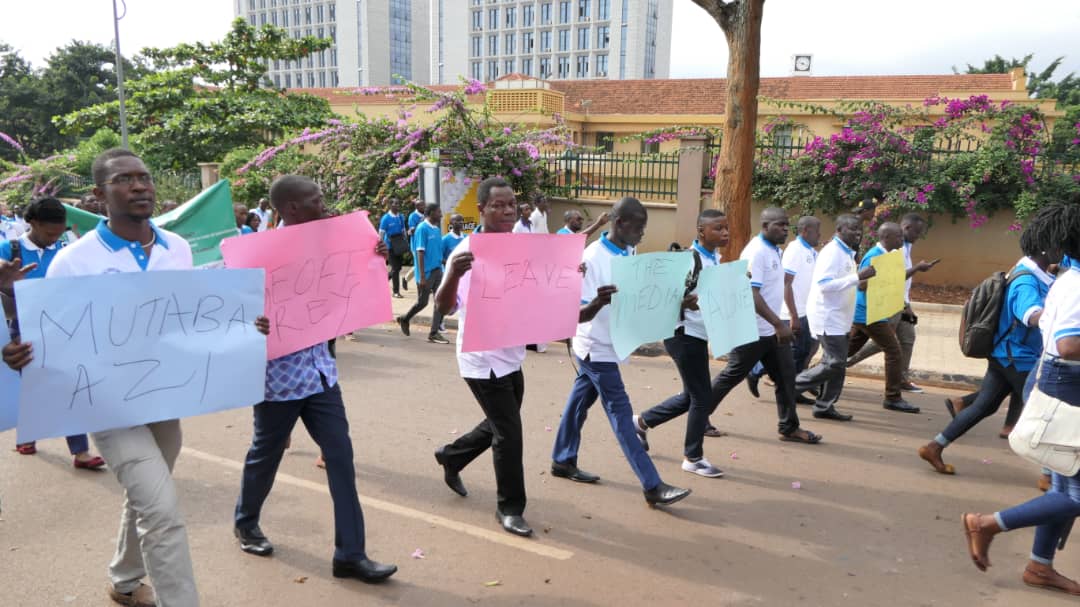 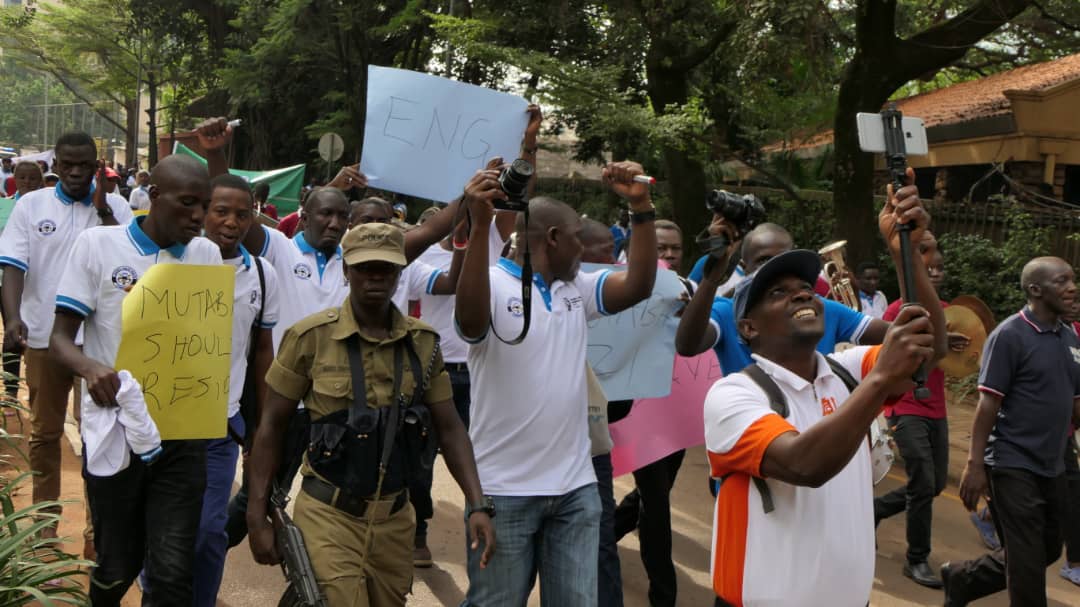 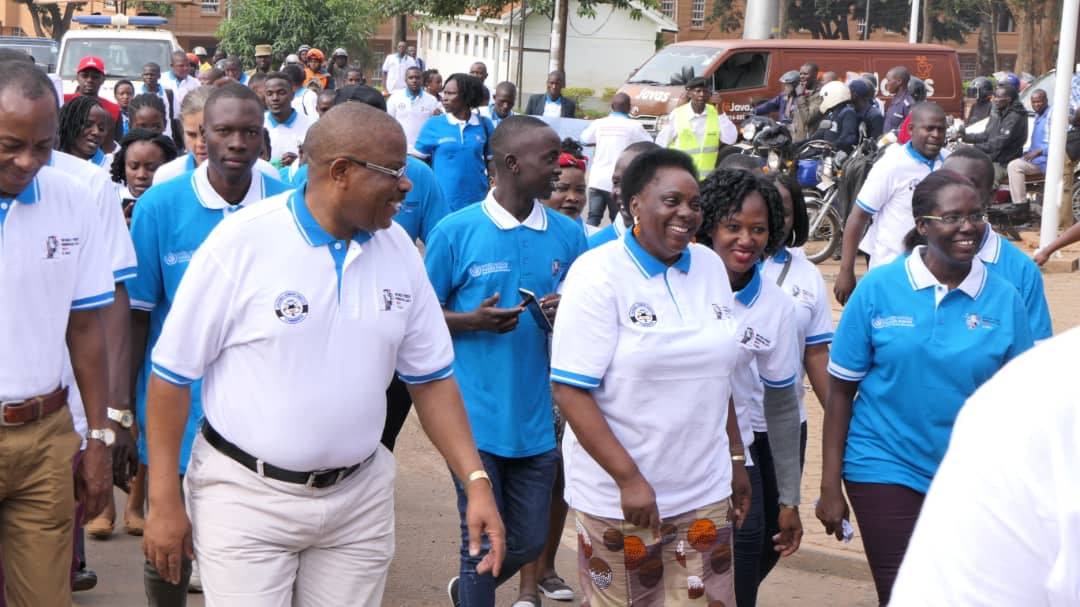 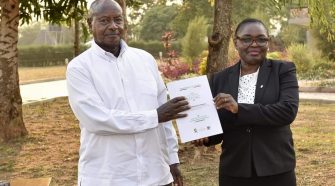