Pictorial: How MPs-Elect Turned Up For Swearing-in

The swearing-in of members of parliament elect is currently underway after kicking off Monday morning with 65 of the 66 legislators taking oath by the end of the first session at lunchtime break.

by Our Reporter
in News in Pictures
0

Some of the MPs-Elect arriving for the swearing-in at parliament on Monday morning.

But how has the ceremony unfolded since morning? Parliament allowed the MPs only three people and many of them have today been seen in company of close relatives and friends.

Here is a compilation of some of pictures of MPs as they showed up at parliament to take oath;

The Clerk to Parliament, Jane Kibirige read the proclamation marking the start of the swearing in ceremony.

Jessica Ababiku, Adjumani District MP was the first to take oath of Member of Parliament and that of allegiance as established on the constitution. 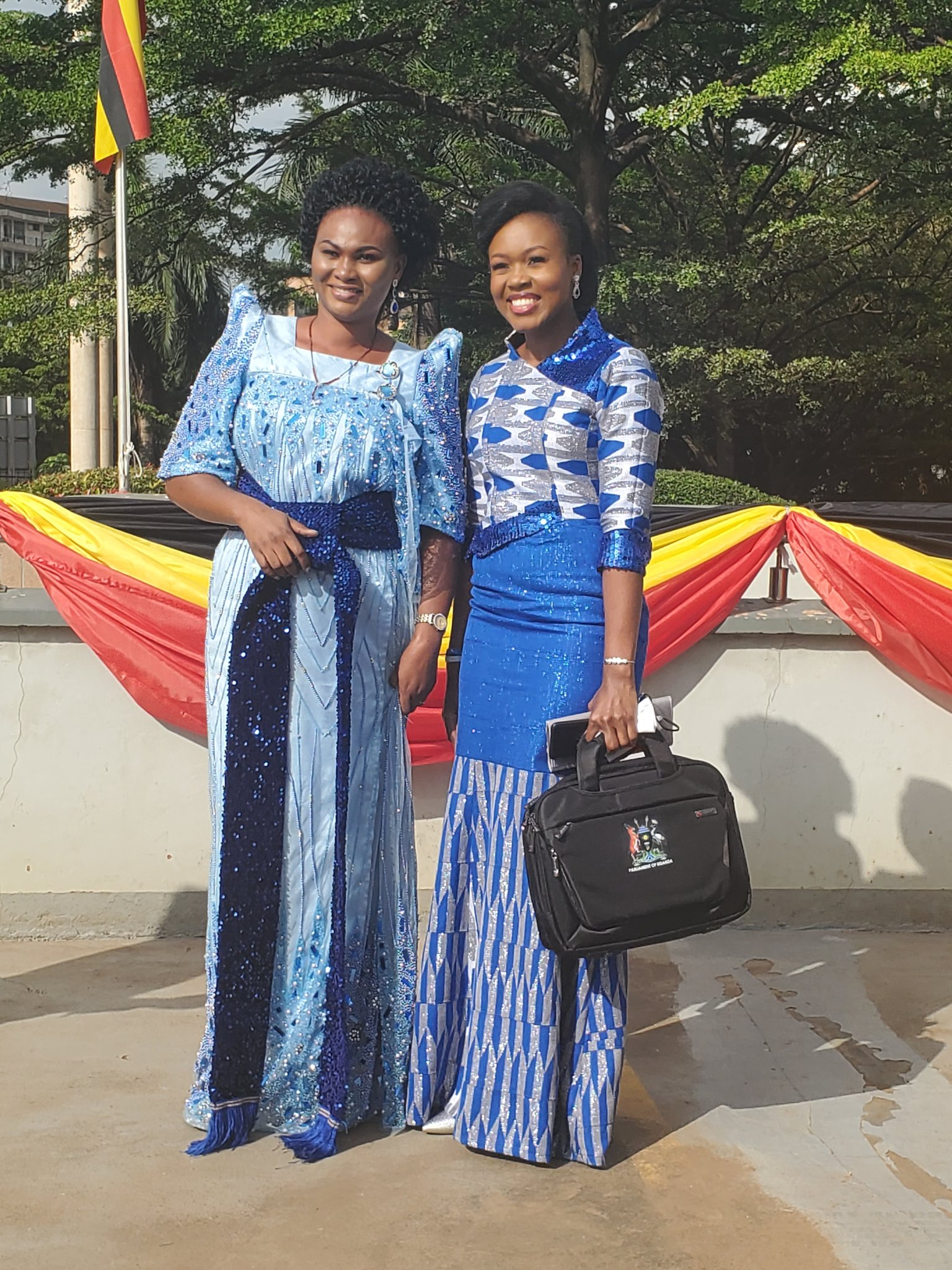 Clad in her blue traditional dress (Gomas), the outgoing Leader of the Opposition, OcanA Aol took her oath of MP and that of allegiance. Dokolo District Woman MP, Cecilia Ogwal also took her oath of allegiance and that of MP. She is one of the longest serving legislators in the Parliament. 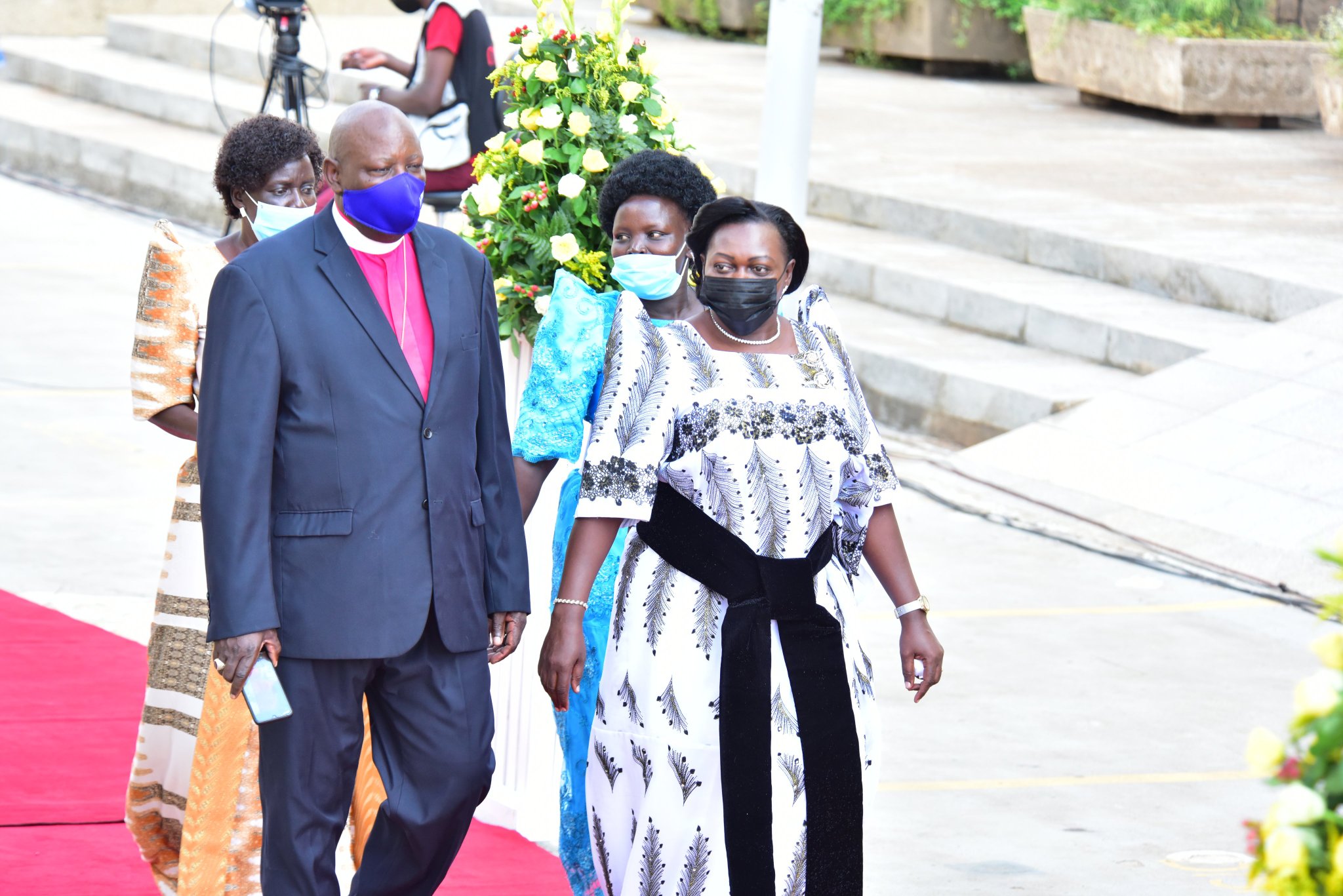 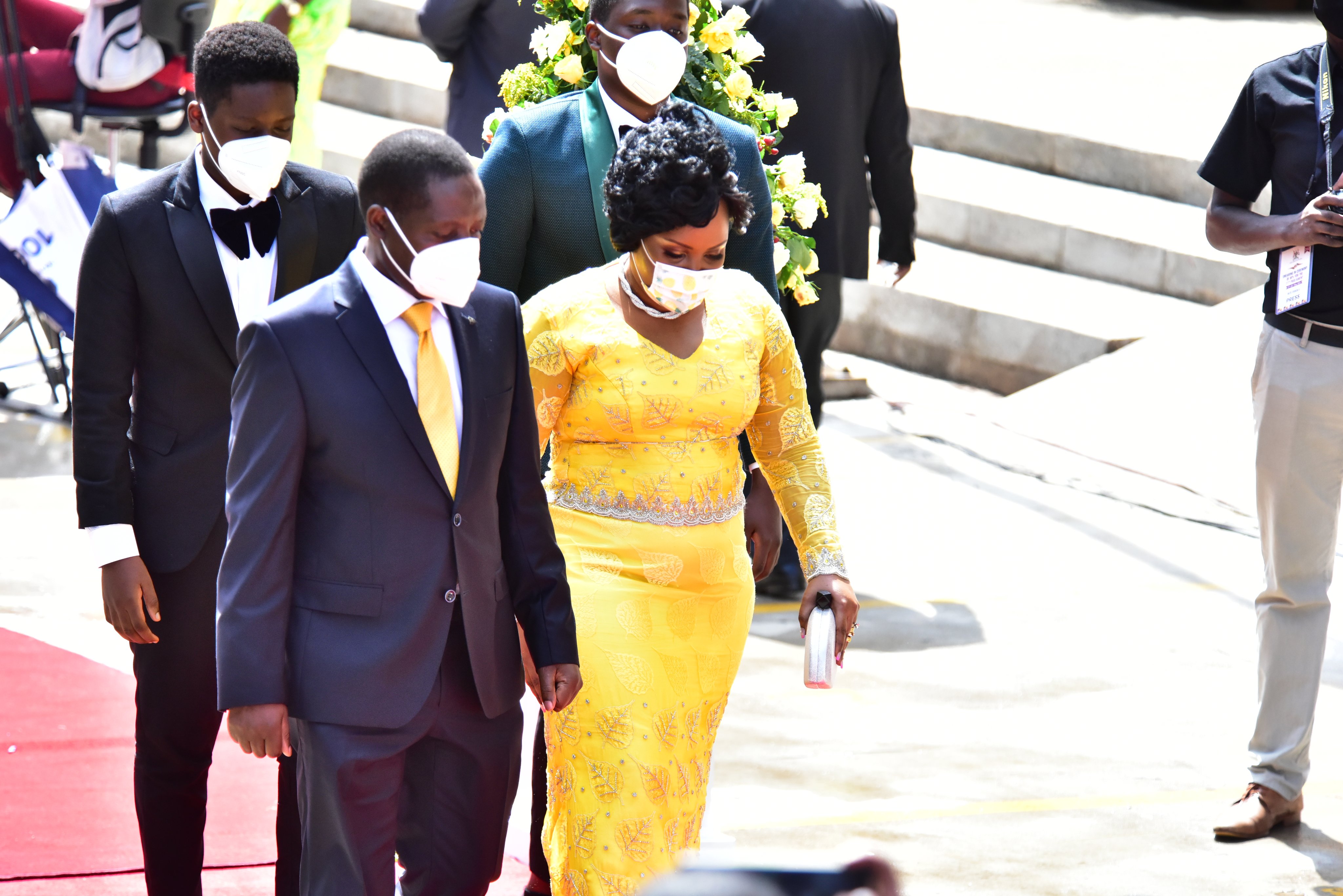 David Bahati who has been serving as State Minister of finance for planning making his way to the podium to take his oath as the MP Ndorwa west.

Mukono Municipality MP, Betty Nambooze Bakireke taking her oath of allegiance and for Member of Parliament on Monday afternoon.

Administration of Oaths Underway for New Members of Parliament