Bobi Wine and some other protesters survived being arrested by Police on Wednesday during their demonstration under the ‘This Tax Must Go’ campaign.

The campaign which is championed by lawyers, entertainers and journalists among others is against the taxes that were recently levied on access to social media and Mobile Money transactions.

On Wednesday, Bobi Wine together with singers A Pass and Hilderman and journalists Raymond Mujuni and Joel Ssenyonyi marched from downtown Kampala to the Constitutional Square. They however engaged in an altercation with Police officers commanded by the DPC of Central Police Station, ASP Bakaleke and almost got arrested.

Below is a pictorial of the protest 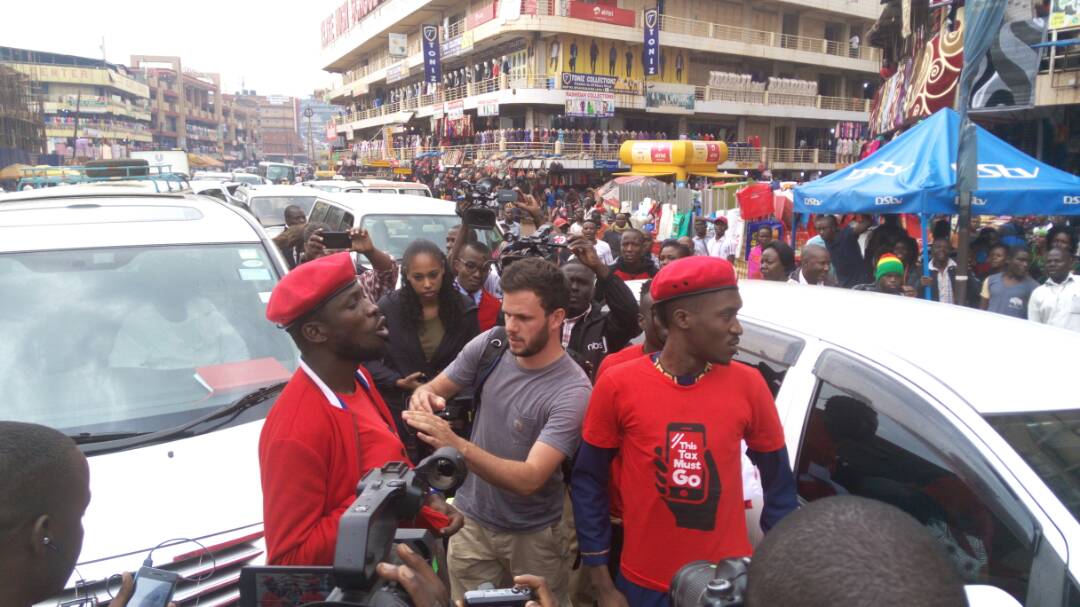 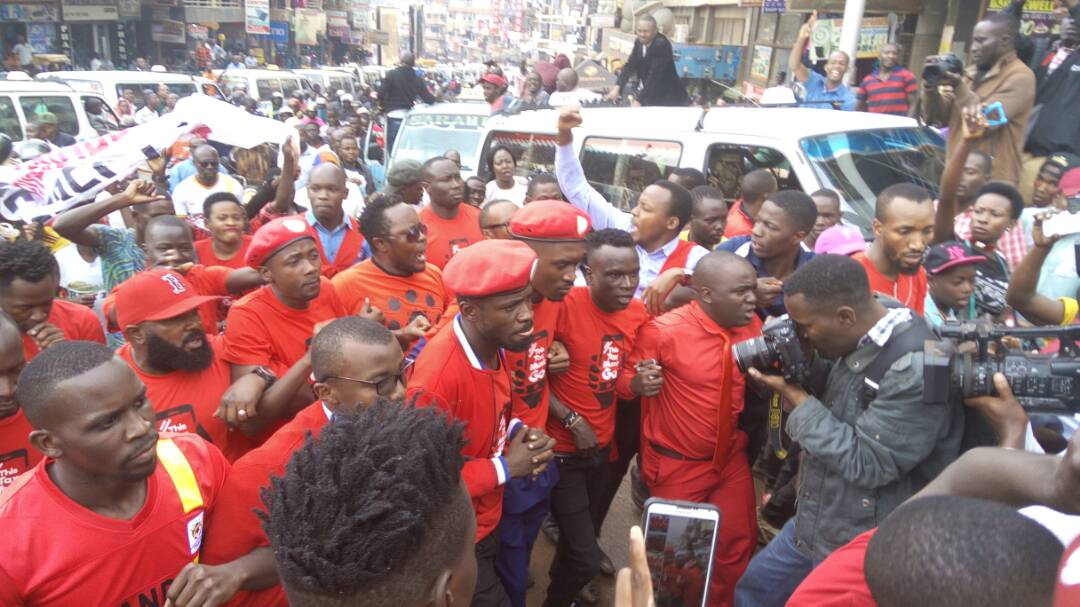 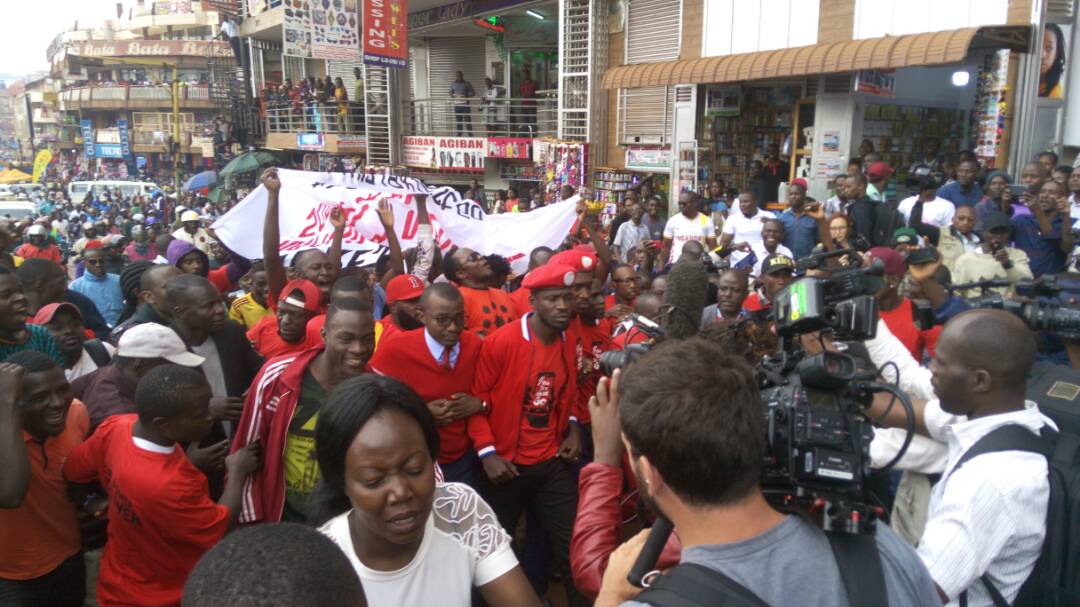 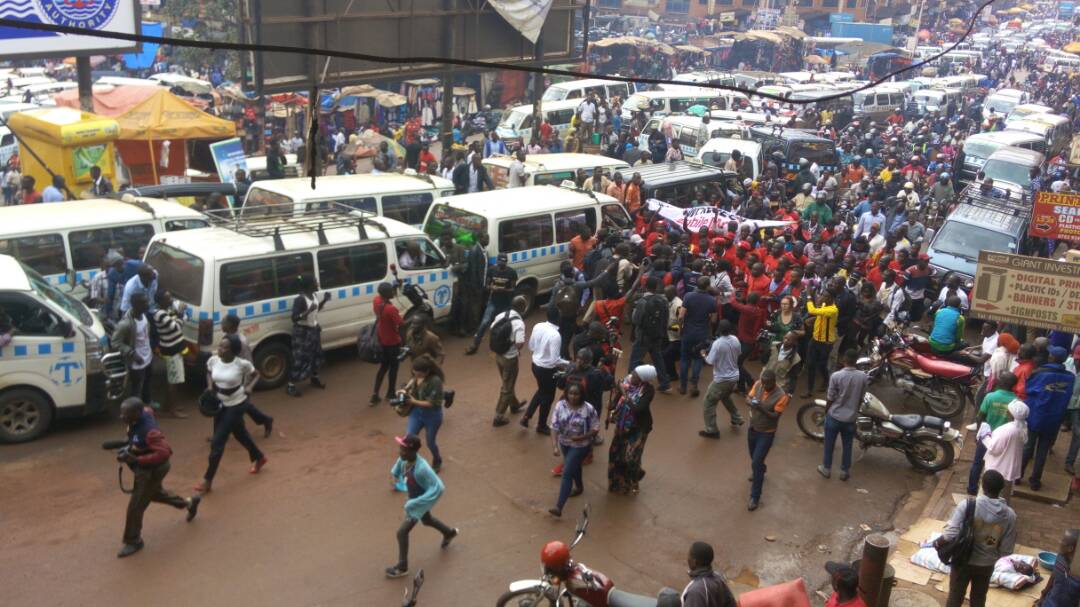 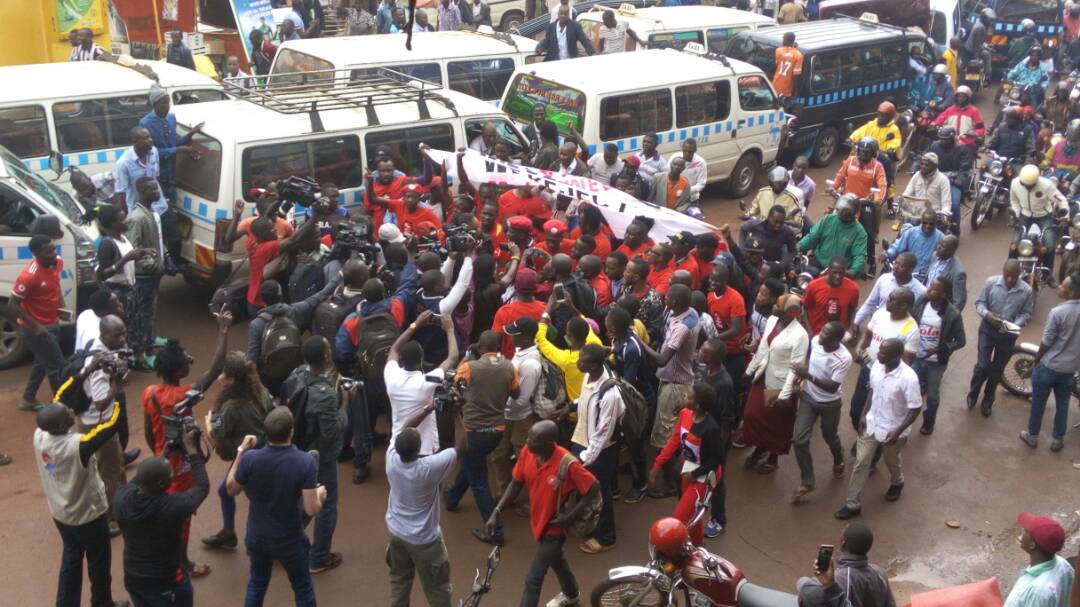 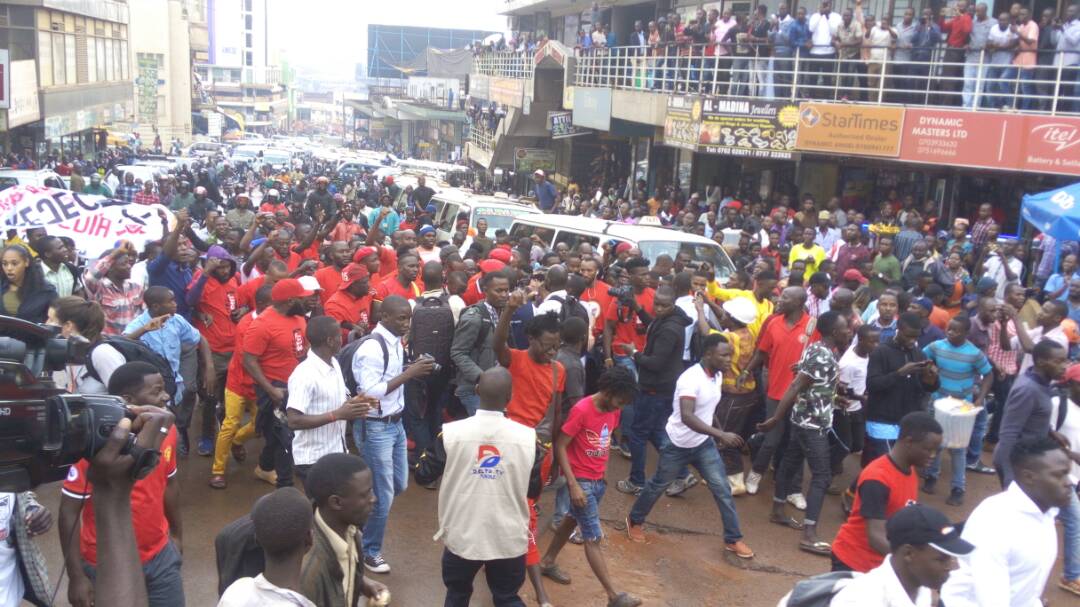 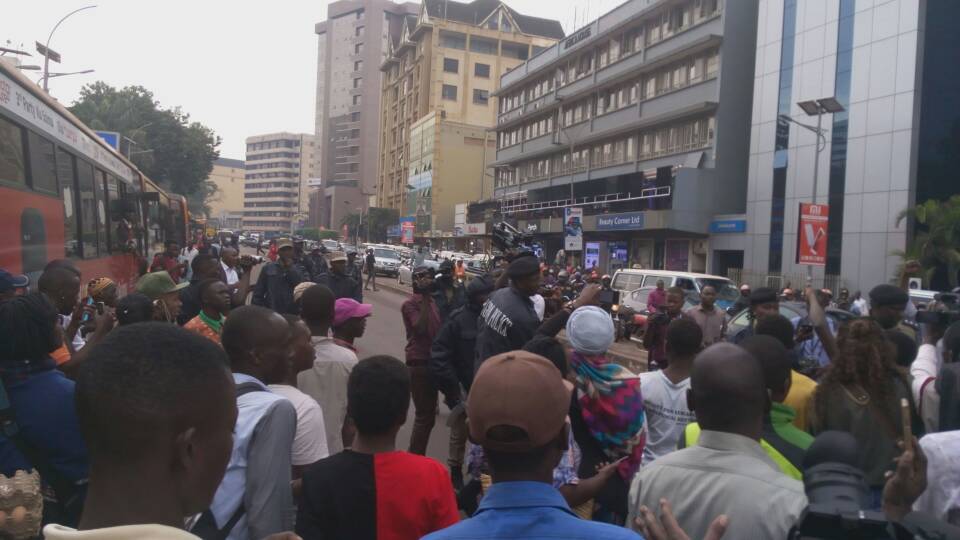 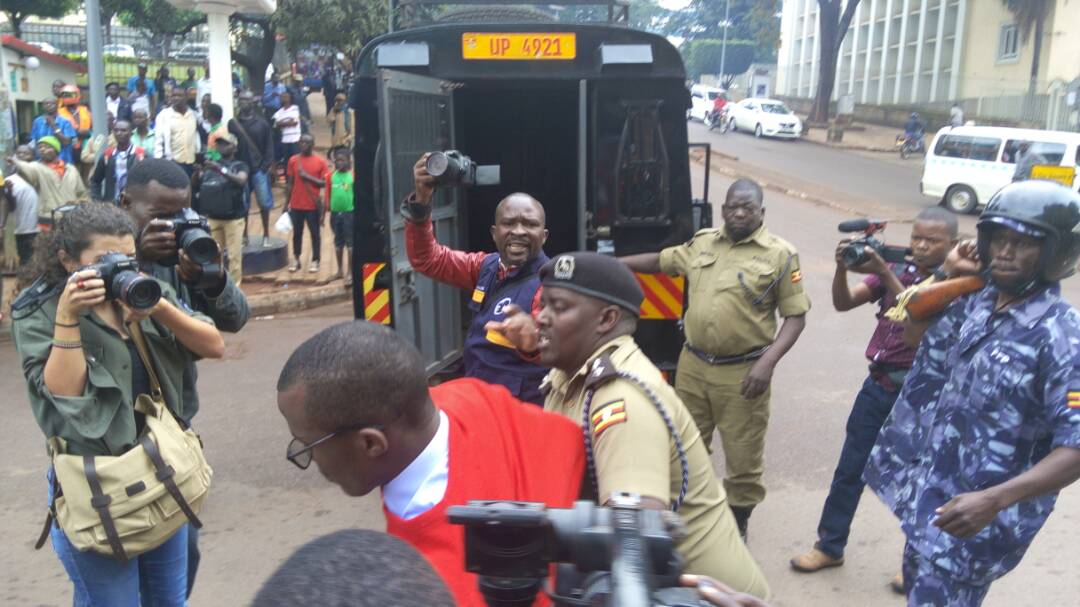 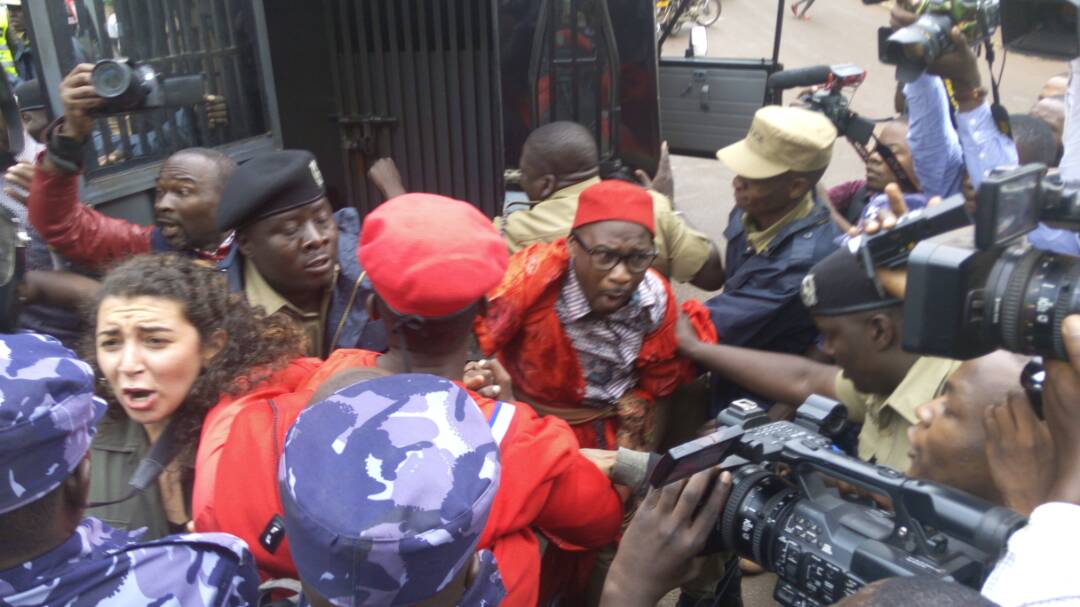 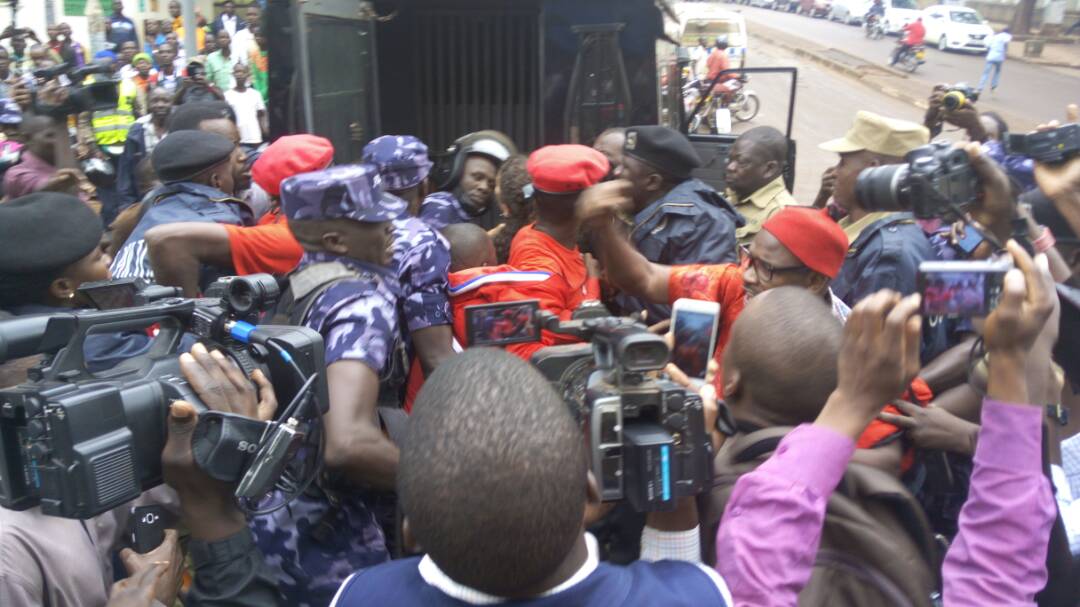 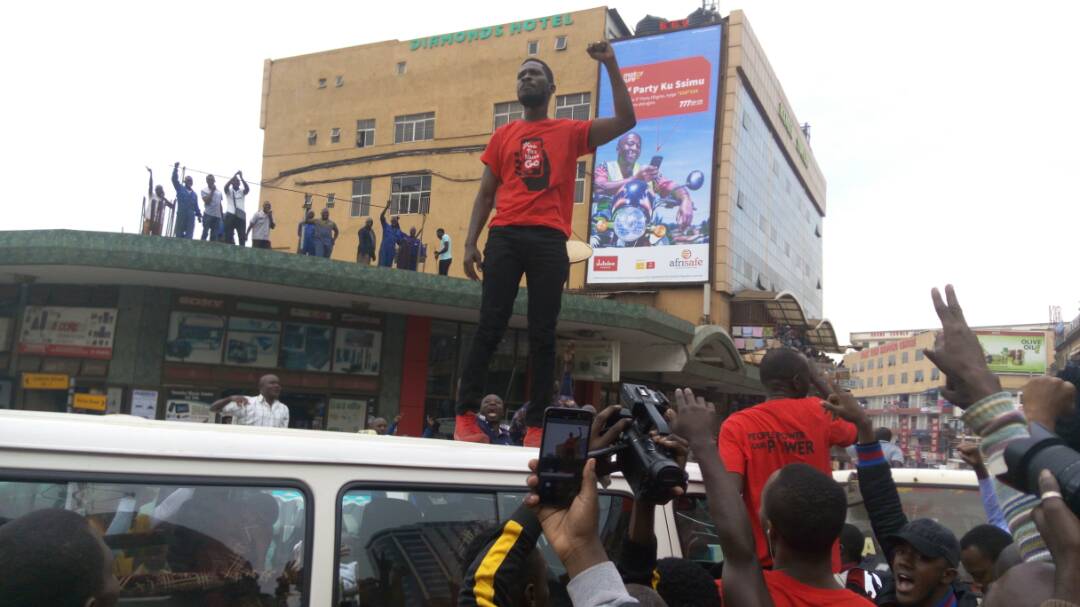 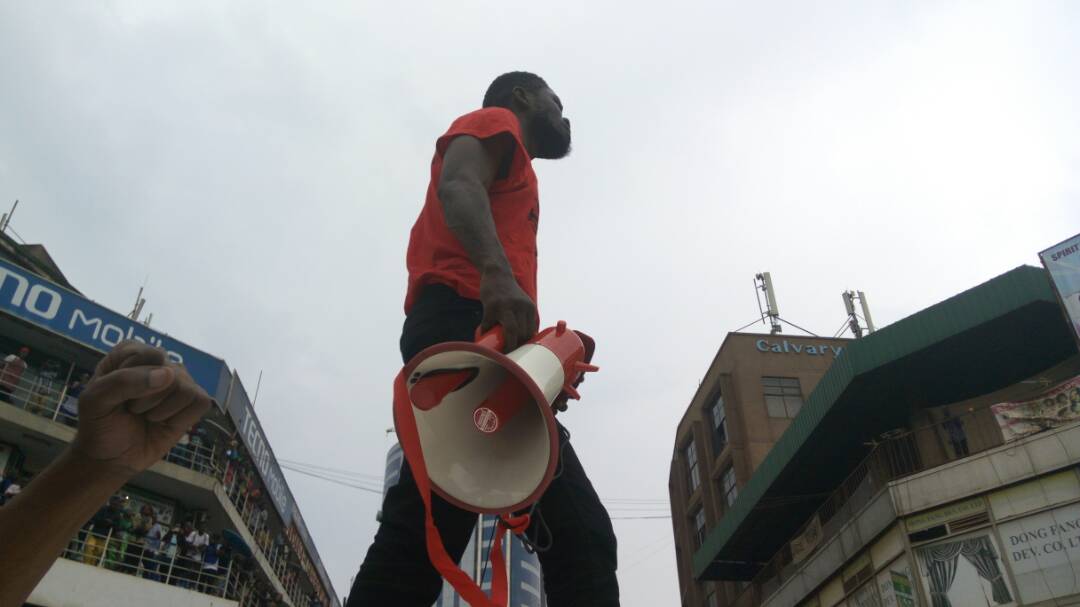 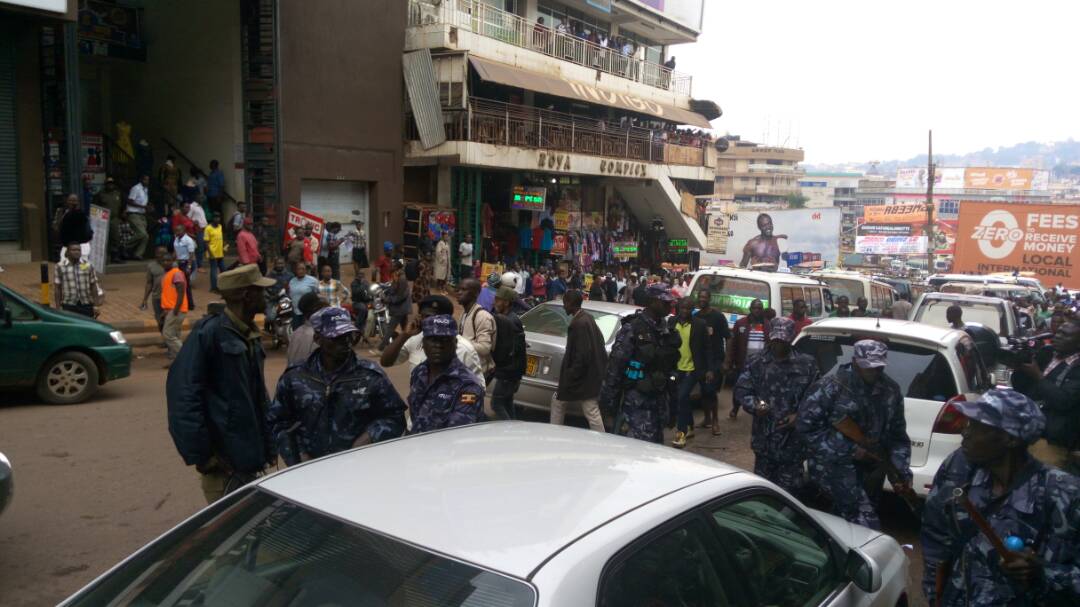 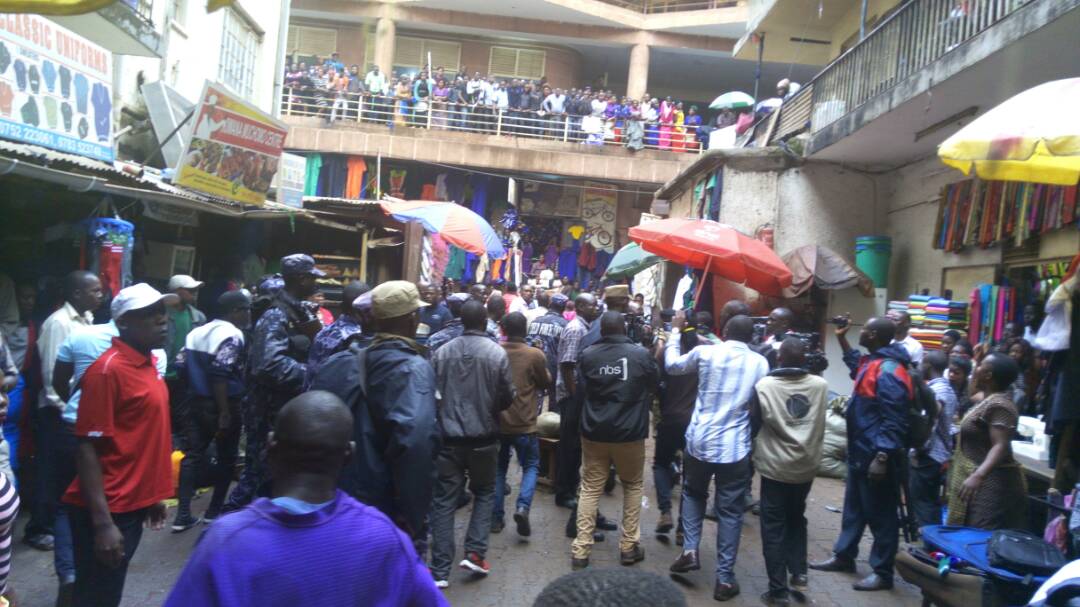 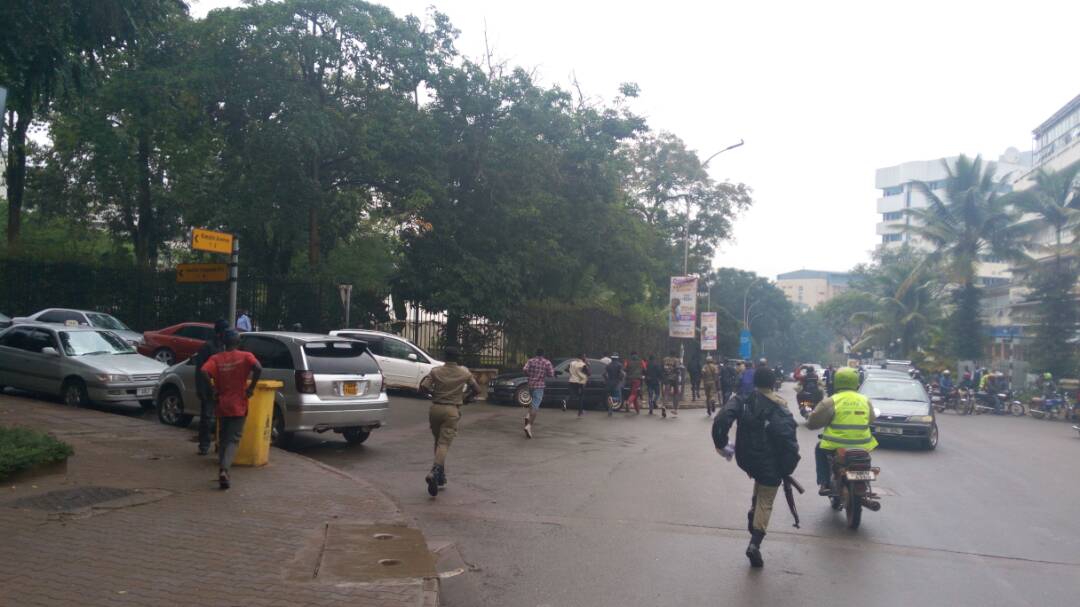