Pilsner Lager has donated Shs 50 million towards the fifth coronation anniversary celebrations of the Kyabazinga of Busoga, His Majesty William Gabula Nadiope IV.

Speaking at a press briefing at Uganda Breweries Ltd (UBL), the kingdom’s Prime Minister, Dr Joseph Muvawala thanked Pilsner for the support towards the ceremony intended to uphold the culture and traditional values of the people of Busoga.

“Kingdoms survive on the good will of the people and we are grateful for this support from Pilsner Lager. We intend to use this coronation to bring together the people of Busoga to celebrate their culture but also ensure continuity of our cherished traditional norms to the youth,” the Prime Minister said.

The 5th coronation anniversary celebrations will be held on September 13 at Butagaya sub-county headquarters in Jinja district in Butembe Chiefdom.

Themed “Preparing a Youth based on Busoga Cultural Norms and Virtues”, this year’s anniversary will involve a series of activities including the launch of Busoga Masaza Cup at Kakindu Stadium by the Isebantu Kyabazinga.

It will also be characterized by a tour of Bugabula Chiefdom by the Kyabazinga, Gabula Day celebrations at Namasagali College, a Farmers Forum at Butagaya sub-county, a health camp, a symposium on Teenagers by Speaker of Parliament at Butagaya Primary School and the official coronation anniversary presided over by the Kyabazinga.

As part of the coronation festivities, the Kyabazinga will also launch a tree planting initiative aimed at encouraging the people to plant and grow trees in Busoga.

While handing over the contribution from Pilsner, Juliana Kagwa, the UBL Marketing and Innovations Director said the support towards the kingdom was apt since Pilsner lager has been purposed to be at the center of celebration of culture in Uganda.

“Rooted in its tag line the “The King’s Beer”, Pilsner has over the time associated its self with celebration of cultural traditions across Uganda and more profoundly today are proud to be celebrating  with the people of Busoga on the Kyabazinga 5th coronation anniversary” said Kagwa.

She said that Uganda Breweries Limited is Uganda’s leading premium adult beverage company that focuses on the development of great brands and great people.

“Our key objectives are delivery of the highest quality brands to consumers and long term value to our investors,” Kagwa said.

As a consumer-driven business, UBL takes time to study the market and understand consumer needs and wants as well as how best to satisfy them. That is why we constantly invest in innovating and renovating our brands to stay at par with dynamic consumer trends said Kagwa. 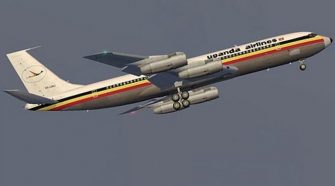