The event which was presided over by the Minister of Education and Sports Janet Museveni took place at Kampala Parents School.

According to Dan Odongo, the UNEB Executive Secretary, in both English and Mathematics, performance was poor in questions where candidates were required to apply knowledge in problem solving situations or express themselves freely.

“Candidates were more comfortable with questions that are direct and based on recall. This has persisted over the years,” Odongo says.

“The reports from examiners however indicated that there is an improvement in the candidates’ handwriting. Candidates also organised and presented their work more clearly even when the answers were wrong. The number of candidates scoring zero has also reduced greatly compared to previous years,” Odongo added.

By gender, boys performed better than girls at the upper grades and with a lower failure rates.

UNEB has withheld results of 1,512 candidates on grounds of examination malpractice. Odongo said investigations will be conducted and on completion, a final decision will be taken. He however objected to reveal names of the affected schools.

“All candidates whose results have been withheld will be accorded a fair hearing by the Board’s Examination Security Committee. Those candidates who will be cleared will have their results released. After the hearings are concluded, the Board will publish in the media the list of schools and districts from which results will be cancelled,” said Odongo.

Meanwhile, one can check for the results using SMS service on mobile networks which will post results of candidates on mobile sets instantly. Go to messages and type PLE leave space and type the full index number and send to 6600. 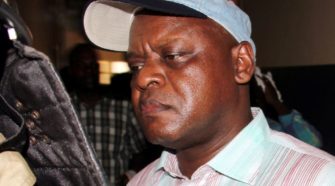