Uganda’s Prime Minister, Dr Ruhakana Rugunda has called on African governments to put in place special programmes to support female entrepreneurs because of their unique needs and their potential to create bigger multiplier effects for job creation.

He made the appeal while addressing the Tony Elumelu Foundation Entrepreneurship Forum in Abuja, Nigeria on Saturday July 27, 2019.

Dr Rugunda observed that women in business face historical and cultural bottlenecks that stand in the way of doing business.

“When a woman goes to the bank to get a loan, she is often asked for collateral such as land titles or other forms of fixed items which they normally don’t have because of traditional property restrictions that prevail in most countries on the continent,” Dr Rugunda said.

He added: ” We need affirmative action for female entrepreneurs on African continent”.

Prime Minister Rugunda who was representing President Yoweri Museveni at the forum used the example of the Uganda Women Entrepreneurship Programme, an initiative by government to provide affordable credit to businesswomen.

The Prime Minister also called for special policies for small start up businesses by young people to give them a chance to be firmly established before being subjected to taxation regimes which may prohibit their growth.

The Tony Elumelu Foundation Entrepreneurship Forum is the premier programme that supports young African entrepreneurs by offering them mentorship and seed funding of $5000 per person to grow their businesses.

In this year’s cohort, over 200 Uganda young people won the $5000 seed capital, coming second to Nigeria which had 400 winners in a competition that attracted over 50 African countries.

Rugunda also met a group representatives of the winners from Uganda who are involved in various forms of innovations in education, healthcare, agriculture and bee keeping.

The forum was also attended and address by Rwandan President Paul Kagame, DRC President Felix Tshisekedi, Senegalese President Mackay Sall, the founder of the Foundation, Tony Elumelu and other leaders. 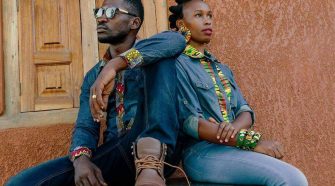 Wife to Bobi Wine Narrates Extent to Which He Was Brutalized