Opposition Forum for Democratic (FDC) have accused Police of interfering with their candidate’s campaign program in Njeru Municipality Mayoral race.

The party deputy publicity Secretary, Paul Mwiru told reporters in Najjanankumbi that their candidate in Njeru, Amos Kivumbi has been ordered by the area DPC to halt his campaigns today since President Museveni is to campaign for the NRM candidate in the area.

“The DPC has told our candidate that he should not hold his campaigns because the President will be using the route as he goes to campaign in Nyenga,” Mwiru said.

“We are informing the IGP that the President is the Chairman of NRM and he goes into the current campaigns as the party chairman; thus there is an approved program by the Electoral commission and each candidate has where he is supposed to be as per the schedule,” Mwiru said.

“The DPC is acting outside the law and it is not his mandate to amend campaign programs for candidates, the President has his own area where he is going to be and our candidate should be left to hold his campaigns according to the program.”

“We can’t accept Police to continue acting partisan; the orders issued are illegal and we have instructed our people to treat them with the contempt they deserve, we can only obey Police when they are acting within the confines of the law.”

“Uganda Police must follow the schedule of the program issued by EC, we don’t expect Police to continue acting in a partisan manner”. 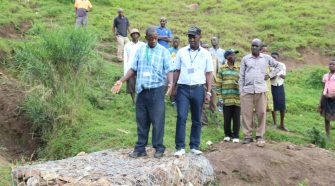