Police has finally admitted that its officers used excessive force, when they broke the car window of a vehicle in which Kyadondo East MP, Robert Kyagulanyi Ssentamu was traveling while arresting him on April 22.

It comes a day after President Yoweri Museveni said he disapproved of the action of breaking Bobi Wine’s car window.

On April 22, Police blocked the legislator from accessing the beach where he planned to hold a press conference to condemn police brutality. He was later arrested after Police officers broke into his car, and he was driven off to his home where he was placed under house arrest.

On Saturday, President Yoweri Museveni and Commander of the Armed Forces, faulted the police of the act, saying, they should have towed the car instead of breaking its window.

“I also disapprove of the method the Police used to break the glass of Bobi Wine’s car. They should have towed the vehicle to wherever they wanted him to be,” said the President in his article on legitimate public assemblies.

Now, asked about the President’s condemnation of the Police’s action, Police spokesman, CP Fred Enanga admitted on Monday that the Police officers who effected the arrest did not act appropriately.

“It is true that His Excellency condemned the actions of the Police, we have always indicated that under whatever situation, the amount of force should be commensurate to the counter activities on the other side (suspect),” Enanga told reporters at the Police headquarters in Naguru on Monday.

He says Police has always used breakdown trucks of the Police or private partners in situation, where they order suspects to get out of the vehicle and they object.

But, in the Bobi Wine scenario, Enanga says, there was poor Police decision making since they had an option of seeking the services of the breakdown so as to tow the MP’s vehicle.

“This is something which works because whenever we bring a breakdown to tow the vehicle, these political actors decide now to get out of the vehicle, but the issues of breaking and entering especially in this situation, should be the last resort where probably there are threat levels involving life and so on,” he said.

“His (Bobi Wine) was still at the early stage which did not require that amount of force, that means there was some excessiveness in that,” he added.

On the next course of action towards the officers in question, Enanga said: “We have our internal mechanisms that we will get to review basing on the communication of His Excellency the President, so it is something that will duly be reviewed by our legal department as well as the Professional Standards Unit because when the President communicates, that is an executive communication and we always pick directives from that”.

On claims that social media guru attached to MP Kyagulanyi Ssentamu, Ashburg Kato, is missing, the Police spokesperson, said he was not privy to complaints of his missing.

“We need to work with the relatives and find out if there is any complaint. I need to follow up on this and find out if at all there is any complaint that was made because it is from that, that we get leads which can probably help us to follow up the case especially the description of probably the kidnappers or circumstances under which he went missing,” Enanga said. 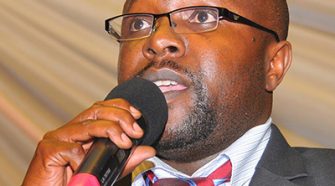