‘People Power’ leader, Robert Kyagulanyi Ssentamu alias Bobi Wine will have to wait longer before starting his nationwide consultation meetings if he doesn’t harmonize his proposals on the same with the Electoral Commission (EC), according to the Uganda Police.

Bobi Wine who is one of the presidential aspirants in next year’s general elections gave up on holding consultations in January this year when police foiled a couple of them.

Police said that despite being cleared by the EC, Wine did not meet all the requirements of the Public Order Management Act (POMA), a law which regulates public meetings.

Kyagulanyi and some other presidential aspirants would thereafter meet Police and EC to reach a common ground on how the aspirants should conduct their consultation meetings as provided for in the constitution without confrontations with security.

In the meeting, the parties agreed that there will be no processions during the consultations. Bobi Wine and his delegation proposed 10 areas they said would aid their successful consultations. The parties resolved that the 10 areas proposed be formally presented before the committee, for further discussions and way forward in the best interests of the Electoral Commission, Police and Bobi Wine’s group.

Until Friday last week, Wine had not presented their proposals to the Commission yet on Friday February 14, the youthful legislator wrote to the Police notifying them that he is to resume the meetings on Monday February 24.

Now, Police has written to him stating that the consultations will only happen if a consensus is reached. Police insists that the musician turned politician should write to them and Electoral Commission in line with the proposals presented by his team in their engagement.

“This therefore is to remind you of the urgent need to put in place the modalities and harmonise your proposals for consultation with the Electoral Commission and Uganda Police Force for proper security planning and a smooth process,” says Police in a letter to Bobi Wine.

Meanwhile, on Friday February 21, Kyagulanyi wrote to the EC informing it of the latest communication by Police as well as presenting the said 10 proposals. He says the Commission should quickly engage police to allow him go ahead with his meetings.

“Uganda police has expressed determination to yet again block our consultations, this time under the pretext of the need to formally present our proposals to Electoral Commission for discussion and harmonisation. In this regard they have declined to clear our consultative meeting scheduled for Monday 24th Fe, 2020 at Pope Paul Memorial Centre in Kampala,” write Wine.

“The Purpose of this letter is to reiterate and formally present to you the ten proposals (as attached) and request you to convene a meeting with the Uganda Police Force as soon as possible, (preferably between the 24th day of February and 28th day of February, 2020), so that our consultations can go on without hindrance,” he adds.

The Electoral Commission has acknowledged receipt of Bobi Wine’s proposals and letter but it is not yet clear when they will notify police on the same. Our efforts to engage the EC were futile since its Chairperson could not pick our repeated calls. 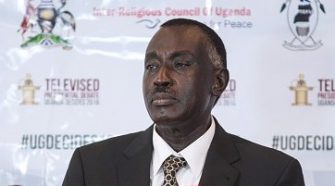