Police in Entebbe have arrested four suspects in connection to last week’s alleged murder of a Germany national.

They are detained at Entebbe Police Station on murder charges.

They are suspected of killing Rudel Fredrick Werner, a 70-year-old German.

The case was reported at Mpala Police Station, Entebbe municipality at on April 3 by Lt. Jimmy Bwambale, a pilot attached to Uganda People’s Defence Air Force .

A Police statement says the deceased had stayed in the country for 5 years and was allegedly married to Atwiine Jalia (Civil marriage) for about 3 years but were staying separately of late.

It is alleged that Rudel’s part time maid, a one Chega Babrah Precious knocked at the gate of the residence but there was no response. This raised suspicion of the reporter who happens to be the neighbour.

“It was suspected that the deceased was strangled in his enclosed compound and the body later dragged to his bed room,” Police said.

The Crime scene was examined by the Division CID Officer, divisional scene of crime officers and the homicide team. The body of the German was later taken to Mulago City Mortuary pending postmortem. 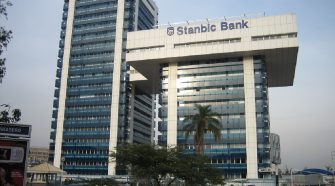