Six traders who were found hidden in a lorry carrying merchandise at Nasser Road in Kampala have Friday been arrested by joint security team.

According to Kampala Metropolitan Police spokesperson SP Patrick Onyango, the suspects opened their stationers and started selling items to people, something that defies the presidential directive banning operation of non-food business for 14 days as one of the ways to prevent further spread of Covid-19 in the country.

“We learnt that the six were transported in lorry box body up to Nasser Road alongside others who took off when they saw security officers,” Onyango said on Friday.

The suspects who are currently detained at the Central Police Station in Kampala, have been identified as Achileo Yusuf, Kizito Pascal, Byamugisha Wiliam, Matovu Alex, Engemu William and Kagoro Meddi.

Onyango says security got information about their defiance and dispatched a team to deal with them.

They are being charged under section 117 of the Penal Code Act, Police says. 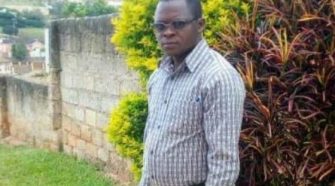