A week after Minister of State for Privatization and Investment, Evelyn Anite alleged publicly that there is a plan by mafias in government to kill her, Police has revealed that the Minister’s security both body and at her residence has been intensified.

While addressing journalists on Monday August 19, the youthful Minister, Anite, said that there is an orchestrated move by individuals in government who want her to abandon her efforts in causing an internal audit on activities of the Uganda Telecom Limited (UTL).

“The plan by the mafias is to take Anite out of the picture, I might die but history will judge them. You know the mafias, they are the ones who have been blocking the audit,” she said.

Anite who noted that the mafias sit at among other places Kampala Club said that: “These mafias are not jokers. Go and ask Abiriga (MP who was assassinated in 2018). I will die with my mouth open, I will die while shouting the mafias are coming, until they take me down. They are tapping my phone, I hear their voices when I pick up my phone.”

Now, the Police spokesperson, CP Fred Enanga says the Minister has already recorded a statement with the Police and a task team at the Directorate of Criminal Investigations (CID) has embarked on investigating the matter.

“The task team at the CID is actively pursuing a number of lines of enquiry to help prove or disprove the claim of alleged death threats or alleged threats to her life by the perpetrators whom she has mentioned,” Enanga told reporters at the Police headquarters in Naguru on Monday.

“As further investigations, we have noted that there is a lot of malicious communication and online rants by parties on either side via social media and we want to warn whoever is doing that to stop forthwith and allow investigations to determine the claims,” he added.

Enanga says the Police takes all forms of threat to life seriously and are prepared to expeditiously investigate the matter and as such, Police “have increased vigilance on her personal security both close body and at her residence.”

“We would like to inform members of her family, constituency and the wider public that she is well protected all round and any additional protection and related security adjustments if the situation warrants, will be provided but not at this stage,” said the Police spokesperson.

Anite’s claims followed an order issued by the High Court in Kampala for an audit into the struggling Uganda Telecom (UTL) within 30 days which has since commenced.

The order was issued by Justice Musa Ssekaana upon application by Uganda Broadcasting Corporation (UBC), one of the creditors of UTL.

The court’s order ended a two months standoff between Anite and the UTL Administrator, Bemanya Twebaze, the Secretary to the Treasury, Keith Muhakanizi, the Attorney General’s office on whether UTL should be audited or not.

Anite had contested the proposal by the other government officials that UTL shouldn’t be audited until the Administrator’s term expires in November which has been overturned by the High Court ruling. 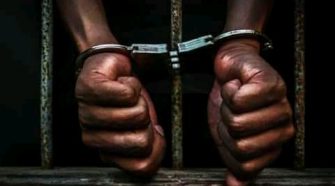 How Journalist, ‘Plumber’ Faked Own Kidnap for Money