Police has said it has stepped up its deployment and patrols in public spaces, on highways as well as on water bodies in a bid to combat crime during the Easter festivities.

The Police spokesperson CP Fred Enanga issued a statement on Friday saying Police have come up with “a robust security arrangement” for the festivity, to ensure security and peaceful celebrations.

“The IGP has instructed all territorial commanders to put visible, robust and focused security deployments for regulating, movement of traffic on highways and roads, enhancing proactive policing arrangements and our faster response to incidents,” the statement read.

Police say that although there’s absolutely no specific threat, directed towards Uganda, the level of alertness has been heightened. Security measures that include; active vigilance and access controls, in all vulnerable places like; bus and taxi parks, worship centers, all places of entertainment, social gathering points, shopping arcades, fuel stations and depots, as well as all government and security installations, have also been put in place.

“Our alert and security audit teams are as a matter of routine, conducting regular security audits, at all possible target areas, to ensure our security measures are guaranteed. We have intensified patrols, targeting black spots and added extra protection to all venues during this festive season, to ensure all revelers and the public at large remain safe,” Police said.

The agency will as well be relying on the recently installed 1940 CCTV cameras within the Kampala metropolitan areas “which we are using to proactively capture, share evidence and intelligence on offenders”.

Regarding road safety, Police say it has increased visibility of traffic officers and highway patrols, who will be targeting vehicles in dangerous mechanical condition, drink driving, reckless driving, over speeding, use of seat belts and over loading.

“We are also cautioning all those motorists who deliberately sub instructions to stop, that we have put tough measures in place to tackle such motorists, including impounding their vehicles at the next traffic check points and arraigning them in court,” Enanga said.

Police officers have been reminded that the Easter Celebrations represent an increased demand for policing initiatives in addressing crime and safety concerns, which may arise during the Easter Holiday.

“We also call upon the Professional Standard Unit, to up their efforts, in dealing with those few individual officers with corrupt tendencies, and continue to solicit bribes, thus tarnishing the image of the force”.

The public has been urged to ensure the security of their homes is guaranteed. Police said most burglaries and household thefts are frequent during the holidays, as criminals target homes without residents, as easy targets.

1. Not to leave security lights on,since it can easily alert criminals of absence.

2. Where possible install a timer

3. Activate your alarm. Install one if you do not have

4. Only inform someone you trust about your going away and when they should expect you back

5. Be alert while driving, watch out whether, you are being followed and be vigilant when stopping at traffic lights or streets

6. If you suspect that you are being followed, please go to the nearest police station or busy area and seek for assistance.

7. Always keep your valuables in the car boot and ensure the doors are locked and windows closed.

8. Also leave ample space between you and the car in front of you in order to escape or maneuver should you need to

9. Remember to pay close attention to your surroundings, even, when close to your house. If you see something suspicious, please drive away instead of stopping and immediately alert the police.

10. Be vigilant when stopping in-front of your gate and waiting for it to open or be opened.

11. Always ask security to escort you home or alert the police. 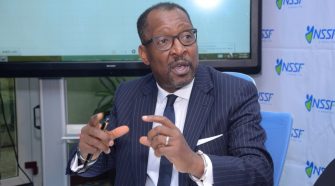