Police in Masaka blocked Buganda kingdom’s Prime Minister (Katikkiro) Charles Peter Mayiga from visiting Rakai district where he planned to visit a school which was recently gutted by fire, among other activities.

Katikkiro Mayiga had scheduled to visit St Bernard’s SS Mannya in Rakai where a dormitory was burnt down weeks ago leaving eleven students dead and scores injured.

He was later to proceed to visit some coffee farmers in the area, according to the Kooki regional police commander, Latif Zaake.

However, Police officers commanded by Latif Zaake intercepted the Katikkiro and his entourage on Tuesday at Hotel Brovad in Masaka, preventing them from proceeding to Rakai district. Reports say that the Katikkiro and other Buganda kingdom officials held lengthy talks with Police in an attempt to reach a couple in consensus.

The negotiations also saw the Kamuswaga Sansa Kabumbuli II, the traditional leader of Kooki consulted who informed Police that he was not aware of the visit. He said that the officials from Buganda had not made their intentions to visit known to Kooki chiefdom.

It is against this background that the Katikkiro was advised by Police to cancel his program and return to Kampala.

Tuesday’s incident is yet another piece in the bigger impasse that has existed between Buganda kingdom and Kooki partly fueled by the allegations by Kooki of attempts by Buganda to undermine its leadership.

In June of last year, Kooki prime minister, Ahmed Kiwanuka raised these concerns in a petition to Minister of Cultural Affairs Janat Mukwaya. Kiwanuka said that there were attempts by Buganda kingdom officials to undermine Kooki and its hereditary cultural leader, Kamuswaga Apollo Ssansa Kabumbuli II.

It is these same concerns that resulted into a decision by the Kamuswaga to suspend all official representation of Kooki to Mengo until both parties resolve the disagreement. Kooki also resolved to suspend its participation in Buganda’s Masaza Cup football tournament.

The chiefdom in Kooki would later compose its own traditional anthem, its own emblem as well as launch a campaign to revive Lukooki, a language widely spoken in the chiefdom.

Kooki which was until 1986 an independent kingdom with its own traditional leader was infused within Buganda following an agreement between Kabaka Mwanga of Buganda and the then Kamuswaga of Kooki, Kezekiah Ndawura.

Some accounts state that it was the fear of threats of external aggression from Bunyoro Kingdom to his empire that forced Ndawura to sign the agreement with Buganda so as to get protection from since Mengo had a stronger army.

The agreement provided for a special status for Kooki above all the other counties of Buganda. 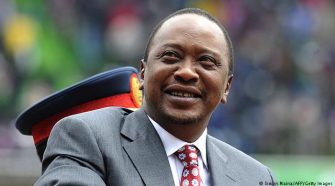