The Uganda Police has called off Juma prayers at Kololo airstrip intending to protest against failure by security forces to protect Muslim clerics who were brutally murdered in the last couple of years.

Organised by the Imaam of Parliament, Latif Ssebaggala, who also doubles as Kawempe North MP, the prayers were scheduled for today Friday January 18.

In one of the statements on a poster inviting people for these prayers, the organisers state that they intended to use the event, to ask security and government to explain the fate of the fallen clerics.

“Come one Come all, as we demand for accountability of our brothers and sisters who were beaten, killed or tortured,” reads the poster.

Now, Police Spokesperson, CP Fred Enanga says, the religious gathering will not take place, because it was established that it was not cleared by the national Muslims body, Uganda Muslim Supreme Council (UMSC), which is legally mandated to oversee all activities of the Islamic faith in Uganda.

He advised the organisers to engage with UMSC and reach a consensus before fixing a new date and venue as well as considering the safety of their congregation.

“The Police has asked the organisers to secure another date, upon harmonising their request with the Supreme Muslim body, and also cautioned them, against proceeding with the religious event due to lack of security clearance and the potential safety concerns in the wake of the recent incidents in our neighbouring country,” Enanga said in a statement.

In addition, he says that: “We want to reassure members of the Muslim community and the public at large, that other prayers on this major day of the Muslim calendar will proceed without any security concerns as we await any requests that is in full compliance with the provisions of the Public Order Management Act, section 5”.

Security has since attributed the killingss to rebel group, Allied Democratic Forces (ADF). 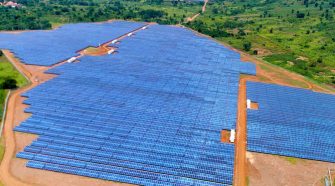