The Uganda Police has Sunday cancelled all Bobi Wine’s Easter music concerts dubbed ‘Kyarenga Extra’. The musician has failed to adhere to the stricter safety guidelines and safety concerns at the selected venues, Police says.

The acts Police says, “were not only a breach of law, but also a danger to the revelers and the lives of other members of the community.”

Related: Police Has Refused to Clear My Planned Concerts During Easter – Bobi Wine

According to Enanga, the promoters of the Kyarenga extra concerts have failed to comply with the “clearly” elaborated guidelines regarding their preparations, manner and conduct during the concerts as well as the safety and security demands from their (promoters) side.

“Our (Police) intelligence picked up information that the event was still a risk to public safety,” Enanga writes.

“As responsible citizens, we urge the promoters to take Police advice and the safety of revelers seriously, by suspending or stopping the concerts until such a time that robust public security and safety mechanisms are put in place, to secure the revelers and other members of the community, who may be affected by such music concerts,” he said.

Enanga adds that all Police territorial commanders have been informed accordingly to ensure that no planned concerts are carried out in un-secure environments.

Commenting about the matter, Bobi said he fulfilled all the requirements Police had asked from his side.

“Three days ago, they wrote back to us giving us a litany of requirements. We invested huge sums of money to meet their demands, some of which were unreasonable. This is in addition to what we have invested in advertising and preparing the show,” Wine posted on Facebook.

He says Police on Saturday night intercepted the trucks which were carrying the machines for the show and that he is the only artiste required to fulfill the said long list of requirements, although SoftPower News could not verify the claims after failing to reach the Police spokesperson on phone.

Wine adds that since October 2017, Police has blocked 124 concerts of his, including the one on boxing day last year at One Love Beach Busabala. 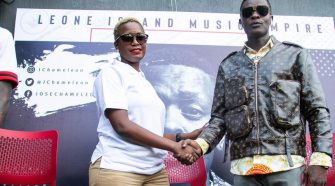