Following weeks of search, the Uganda Police working with the Chieftaincy of Military Intelligence (CMI) say they have finally arrested another prime suspect in the double kidnap and murder of Maria Nagirinya Gateni, the Assistant Project Manager at CIDI an NGO based in Muyenga and her driver, Kitayimbwa Ronald in August this year.

The duo was kidnapped at Nagirinya’s gate in Lungujja Busega Community Zone at around 11pm and the abductors then drove them in Nagirinya’s own car to an unknown destination before killing and dumping their bodies in Nakitukuli, Mukono district.

The suspect has been identified as Mpanga Sharif alias Shafik.

Prior to his arrest, Police held five suspects on the matter including one suspected to have sponsored the killers. He was arrested last week.

But Police insisted they were still hunting one more suspect who was still at large, a boda boda rider who facilitated the kidnap and subsequent murder.

During a news conference on Monday, Police spokesperson, CP Fred Enanga said Police working with the Chieftaincy of the Military Intelligence (CMI) had succeeded in arresting the suspect on the run.

It is alleged that on the fateful day, Mpanga transported the killers to Nagirinya’s gate on a motorcycle and remained on standby waiting to offer any emergency to the alleged killers to facilitate the get away process. The suspect in question is also said to have rode to Mukono to surveil the area where the bodies were to be dumped before reverting information.

“I am happy to inform you that the whole group that was actively involved in this double kidnap and murder is now arrested,” Enanga told reporters on Monday.

Mpanga’s arrest brings the total number of the arrested suspects into the murder to six.

Among the suspects arrested earlier is Kateregga Sadat who Police say has been a ring leader and the brains behind the different plots the criminal gang (now in custody) has been carrying out in the city.

“He (Kateregga) is also still undergoing interrogation by our task teams, we reconstructed the scene and we are still waiting to see what will come out of the interrogation,” Enanga said.

“They got this plot during a time when they were at Luzira prison where somebody indicated that Maria Nagirinya moves with money on her worth Shs 50m and more,” the Police spokesperson said.

This narrative however, the Police spokesperson says, is not conclusive.

He said security agencies have embarked on trying to establish the motive of the murderers and whether there are other people behind it. 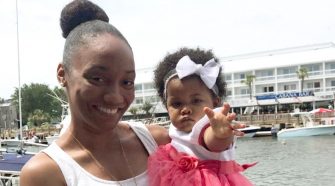