Police has said it will allow a planned public meeting by supporters of Mugisha Muntu’s Alliance for National Transformation (ANT) party saying the organizers have fulfilled all the necessary requirements.

The newly registered ANT party plans to hold a promoters meeting on May 21 in Nsambya and launch the political party the following day on May 22 at Serena Hotel Kampala.

On Monday, the Police spokesperson, CP Fred Enanga told reporters during a news conference that Police has been satisfied with the prior arrangements ahead of the event and that it will provide the required security.

“The territorial Police at KMP together with organizers under ANT held consultations in advance on how best to manage both events and ensure a proportional policing response which is essential for the success of the events, safety of participants, spectators and minimal disruptions of road users near the venues  at Nsambya and Serena,” Enanga said.

“We want to welcome and assure the intending participants that their safety at both events is guaranteed,” he added.

He said the organizers wrote to Police on April 29 about their planned activities and that they clearly demonstrated in detail their intentions and other specifications. They spelt out the number of people expected, the security at the venues as well as stewards that will help in organizing the events, Enanga said.

“We want to praise the efforts of the organizers for their peaceful engagement to help address their outstanding political issues in a way that is mature, sincere and more of sustained,” he said.

“They indicated the number of participants and showed us invitations of wrsons coming to these places. We went and carried out a security assessment of both Nsambya and Serena together with them and agreed on the number of users and stewards supposed to be helping so that people are well guided and there is orderliness”.

“They were very particular with the time, what time it is starting and ending”.

He said they also agreed on the traffic flow plan.

The Police spokesperson said this has not been the case with other political actors who have previously organized political assemblies and processions that have been cancelled by Police.

This is because they do not sufficiently spell out the details of these activities to help Police plan better, Enanga said.

“Some of the other players will not tell you the purpose, intention, venue, what time, how many people… Yet these are very simple provisions to follow. And I believe they do it stubbornly,” he said.

Opposition politicians have repeatedly accused Police of stiffling their activities under the pretext of enforcing the Public Order Management Act which they (opposition) say Police misinterpretes – particularly regarding the clause on notifying the IGP. According to the opposition, this clause provides for notification and not seeking permission.

Enanga encouraged individuals and other political affiliations that intend to organize such events to harmonize with the Police and work within the law. 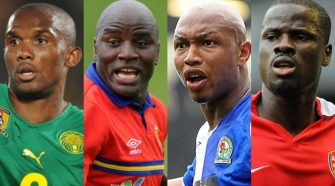