Police has confirmed that the burnt body that was discovered in Kajjansi on Wednesday is indeed of veteran cricket umpire and staff at Case Hospital, Francis Ekalungar.

Ekalungar, 49, who was an accountant at Case Hospital was reported missing on Tuesday before he was found burnt beyond recognition.

When the body was discovered, Police was hesitant to confirm whether the dead person was indeed Ekalungar since it was difficult to identify him. His relatives could not identify him either.

But two days later, the Police has confirmed that DNA results tested positive that the burnt body was Ekalungar.

The Kampala Metropolitan Police spokesperson, Luke Owoyesigyire said that; “Samples were submitted to the Government Analytical Lab (GAL) yesterday and the DNA report has confirmed the burnt body belongs to the deceased”.

Case Hospital managers said on Thursday that Francis had been sent to deposit more than Shs 15 million to the bank but did not communicate thereafter.

Having failed to hear from him, they reported him as missing to Wandegeya police station.

The deceased is said to have been driving a silver Toyota Premio new model Reg. UAW 899U, on his way to the city centre, according to the Hospital authorities.

“When he disappeared, we informed the police and the Flying Squad Unit commander, Herbert Muhangi was personally involved in the search. It is sad and painful because Francis was like a brother to me and he had worked at Case Clinic for 21 years,” Case Hospital Chief Executive Officer, Dr. Kato Sebbaale said.

“Francis Ekalungar was our Accountant. If he was killed in Kajjansi and his body burnt, such brutal death!” Dr. Sebbaale said.

Aside his accountancy profession, Ekalungar was a veteran cricket umpire and was on the Africa Elite Panel of umpires. 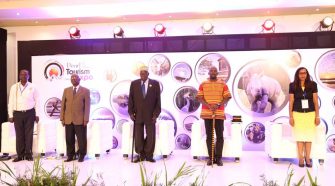