The Police are investigating circumstances under which a day time woman police guard at the residence of High Court, Judge Musa Sekaana, allegedly shot dead the judge’s driver.

The police officer has been identified as Nagasha Daisy.

The driver, Ismail Mayiga, was shot in the stomach at about 7am, shortly after he had reported for duty at the Judge’s residence in Muyenga-Bukasa in Kampala. He died while he was being transported to the hospital.

“He was pronounced dead upon arrival at the International Hospital, Kampala, where he had been rushed for medical attention,” Judiciary spokesperson Solomon Muyita said.

Police Spokesman, SSP Emilian Kayima, confirmed the incident adding that it was regrettable. He said that so far, indications point to accident not an intended act.

“The police woman immediately handed herself to the Police,” said Kayima.

Mayiga’s body has been taken to Mulago for postmortem whereas the Police have commenced investigations. 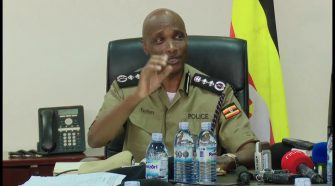