Police has said that Wednesday’s search carried out at the residence of Edith Byanyima, sister to opposition leader Dr Kizza Besigye’s wife, Winnie followed a tip that there was impending criminal activity.

According to a search certificate by Police, at least 24 pieces of red clothes of Nytil material were found in Edith Byanyima’s house in Muyenga, Makindye Division in Kampala.

The search was led by D/ASP Kutesa Godfrey who is attached to Kabalagala Police station and witnessed by Edith’s lawyer together with about 8 others people.

Police say they believe the items (clothes) recovered were going to be used to incite the public.

Kampala Metropolitan Police spokesperson, ASP Luke Owoyesigyire told SoftPower News that Police acted on a tip that there was an impending crime at the residence of Edith Byanyima.

“The reason of the search is – we received information that there was a crime of incitement of violence that was going to start from that place. Our mandate is to detect and prevent crime. When you get such information, you need to be active,” ASP Owoyesigyire told this website.

“So, we responded and conducted a search which was legal, we followed the necessary procedures”.

He said the search was conducted in the presence of Edith’s lawyer and family.

“We recovered some items which we believe were going to be used to incite the public at a later stage. Statements were recorded and we are investigating the matter. We have not yet charged anyone,” he added.

But lawyer Erias Lukwago who was present at the residence during the search described the allegations by Police as “cowardly”.

“Several police officers, both in uniform and plain cloth, decided to invade Edith Byanyima’s home in Zone A, Muyenga this morning,” Lukwago wrote on his Facebook.

He added that the Police “ignored the protests we mounted with a team of 4 lawyers and went ahead to conduct an illegal search”.

“They only recovered twenty four (24) red napkins or table cloth which they have termed as “illicit or illegal materials”.

Lukwago says Police insisted that Edith Byanyima records a statement in regard to a charge of “being in possession of prohibited red materials”.

According to the Police search certificate, Edith declined to sign but her lawyer did.

In her comment on Wednesday’s search at her sister’s residence, Winnie Byanyima said: “We understand that the Deputy IGP ordered the search. We’ve also learnt that Edith is suspected to be distributing People Power T-Shirts. I know Edith has been energised by the People Power Movt. If she is safe, she’s probably happily defiant!” 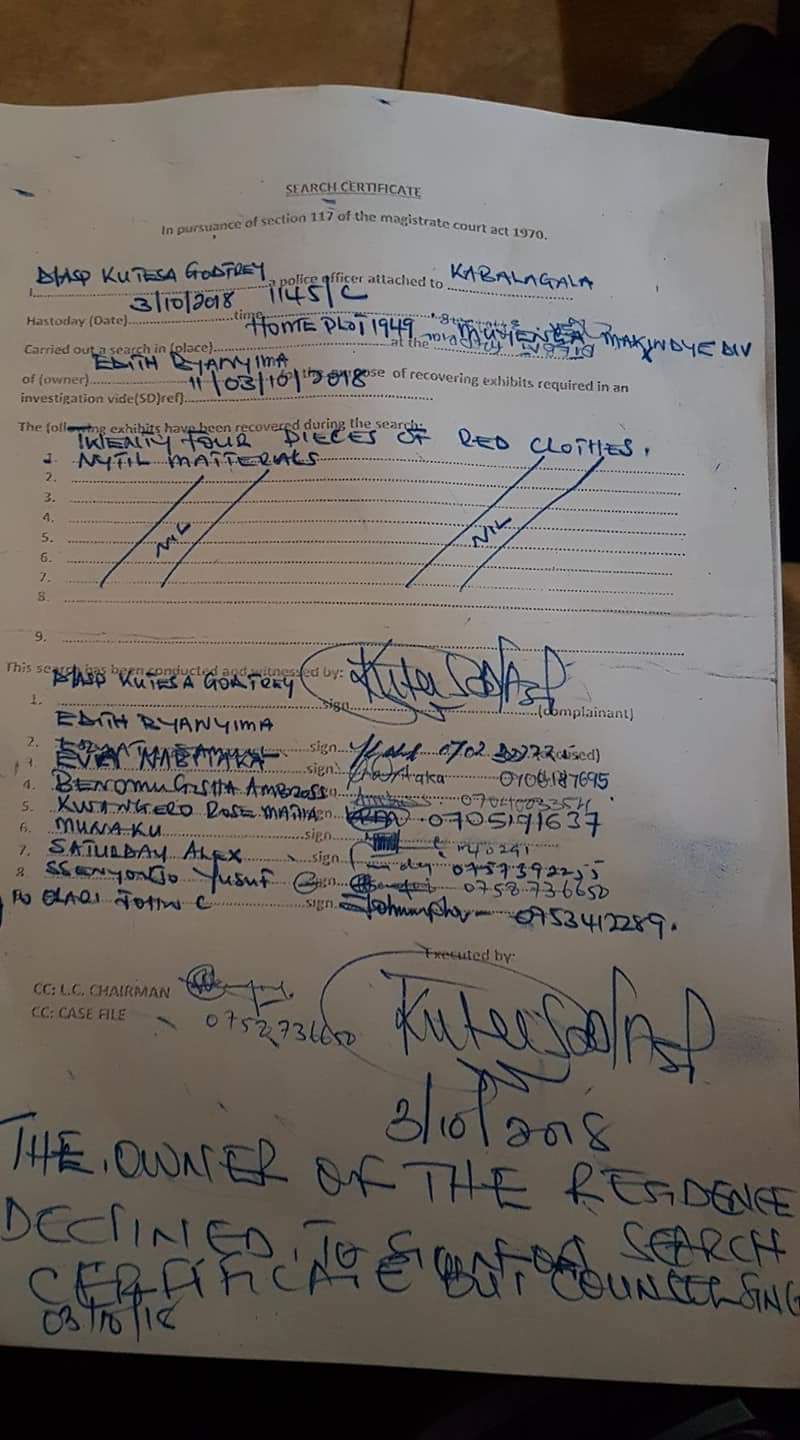 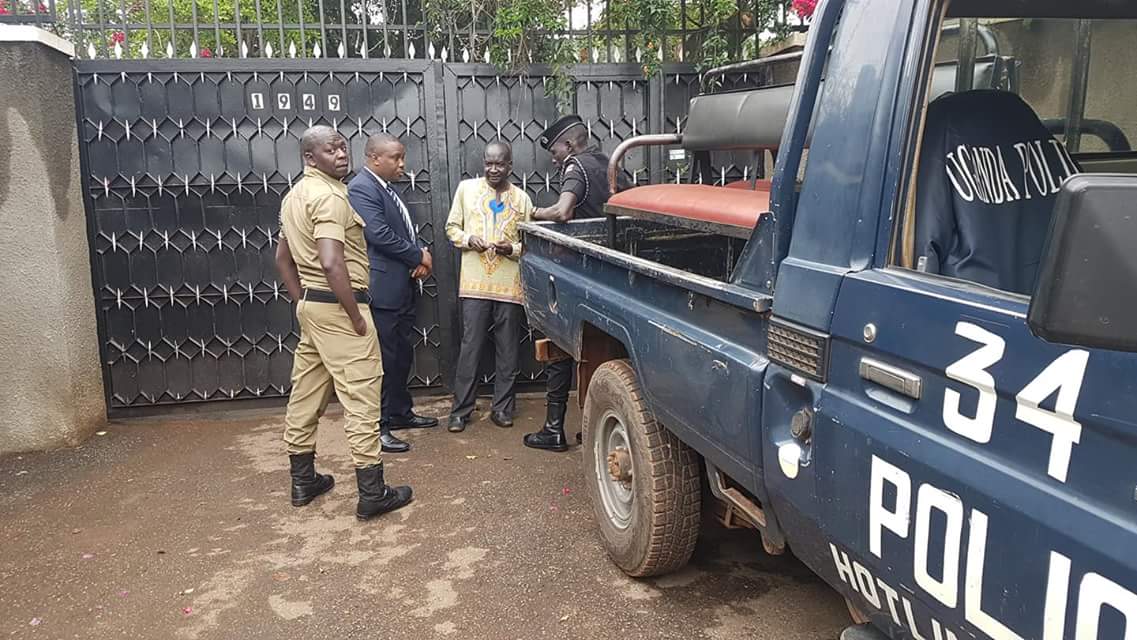 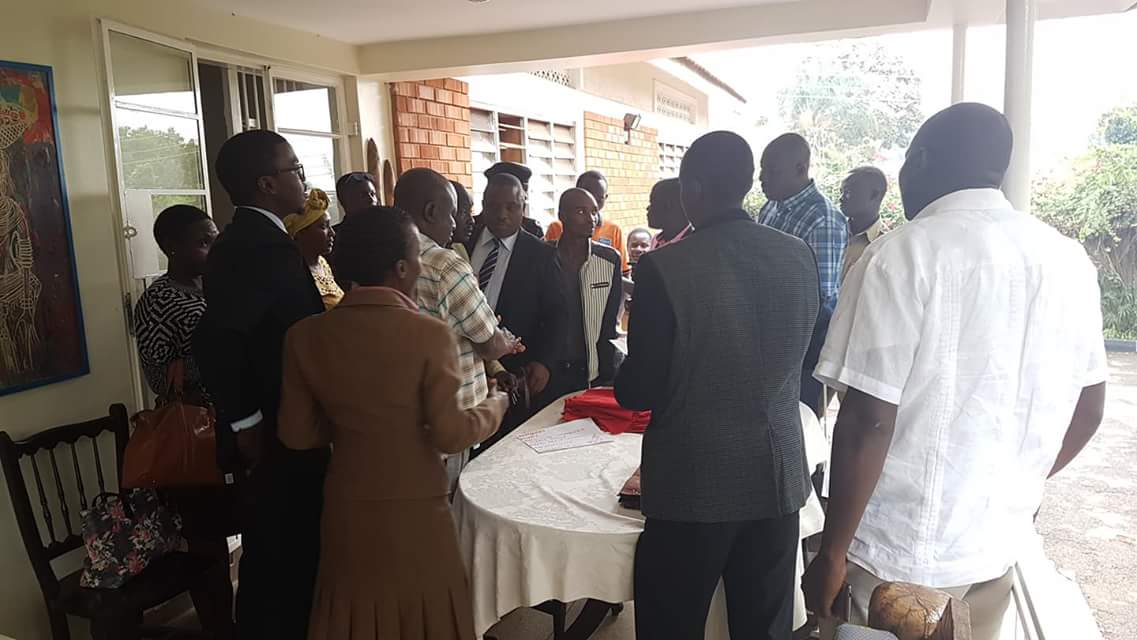 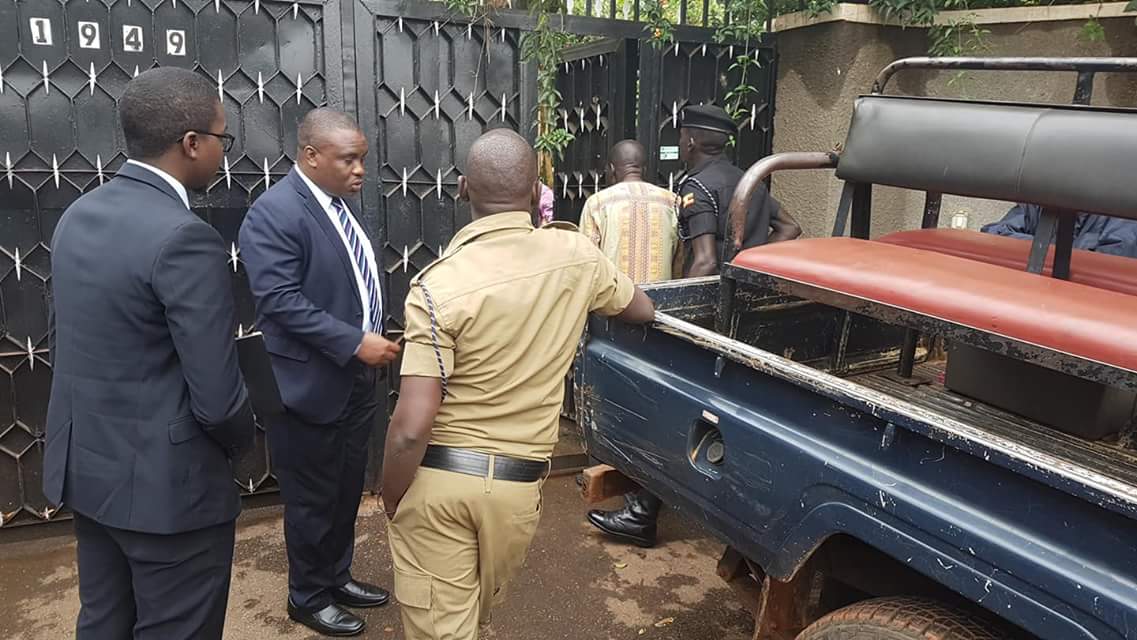