Kampala Central Member of Parliament (MP), Mohammed Nsereko has attributed the tragedy on Lake Victoria that killed over 30 people, to Police officers attached to the marine unit whom he says were compromised by the event organizers.

Nsereko was Tuesday responding to a statement presented on the floor of Parliament by the Minister of Works and Transport, Monica Azuba Ntege on the tragedy that occurred on Lake Victoria on 24th November 2018.

The Minister accused revelers of refusing to adhere lawful orders from the Police marine officers who had warned them against overloading and that the boat was in poor mechanical condition.

“A police officer intercepted and ordered the vessel not to make its voyage because the officer was suspicious of the vessel’s seaworthiness, but the vessel owner and some revelers threatened to throw the officer in the water for interrupting their joy ride,” Azuba said.

Azuba added that the revelers insisted on sailing on the vessel and officers relented.

“Rt. Hon Speaker, it should be emphasized that there is need for citizens of Uganda to respect the Government agencies especially the Uganda Police Forces whose duty is to keep Law and Order in our
society,” Azuba cautioned.

However, MP Nsereko who was one of the first people to reach the scene of crime asked that the record be put clear. He said that the Police officers opted to take a bribe from the event organisers instead of stopping the event.

“This is what we saw in real time and not what we were told. The Police Marine that was on the lake had only two boats and one didn’t have enough fuel. So, they called upon fishermen and other people that own beaches from KK, One love beach and ordinary boats that would help do the rescue,” Nsereko narrated on the floor of the House.

“We asked the marine officers to tell us what had happened. One of them told us that when he approached a few people, he was told to turn back. But one young fisherman who was there said that when the Police officers went to stop the boat, they were compromised.”

Nsereko added that the young man further revealed that he is ready to testify before any institution regarding what transpired.

On the sea worthiness of the ill-fated vessel, MP Nsereko quoted accounts from fishermen claiming that  the boat was in poor conditions and had spent like four weeks under repair.

“We asked the marine officers who had checked people that were boarding the boat on whether they saw people boarding with liquor. They said that organisers offloaded a truck of alcohol and put it on the boat with them watching.”

Additionally, the Minister noted that preliminary Investigations indicated that there was an increasing water level in the lower compartments of the vessel which signified that the vessel was leaking with water entering the bilge which the lowest compartment of the vessel.

On the need for strigent regulations on water transport, the Minister said that there are sufficient laws and regulations that would have prevented this accident from happening if they had been adhered to. 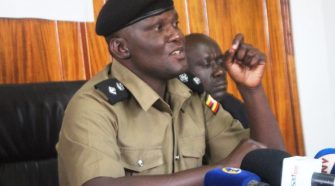