Uganda Police Force Director of Operations, Assistant Inspector General of Police – AIGP Asuman Mugenyi has quit the institution after expiry of his contract.

This news website understands that the AIGP handed over to his deputy Senior Commissioner of Police, SCP John Nuwagiira after serving his last day on 29 May.

Earlier reports indicated that AIGP Mugenyi had been suspended while others claimee that he had been fired, but police spokesperson, Fred Enanga, clarified that he had left at the end of his contract.

“He simply observed his contract to the end,” said the Police spokesperson.

Mugenyi becomes the fifth AIGP to quit the police institution in the last three years.

Two months ago, AIGP Dr. Steven Kasiima, who was director traffic and road safety was forced out of office by Inspector General of Police –IGP Martin Ochola after his contract had expired. Although AIGP Kusiima was shown the exit with four other AIGPs, President Yoweri Kaguta Museveni renewed contracts of the other three but not his.

In November last year, AIGP Godfrey Bangirana, who was director logistics and engineering was forced out of office by the High Court after he had defied Ochola’s directive to quit office when his contract expired.

Other AIGPs Fred Yiga, who was director Interpol and Elizabeth Muwanga, who was director welfare and production retired in 2018 and 2017 respectively. Yiga and Muwanga quit after waiting for close to two years for their contracts to be renewed, but in vain.

Mugenyi was born in Kabwohe, Bushenyi which is now Sheema District. He joined police after graduating from Makerere University in 1988.

Besides serving in Rwenzori region where he battled militia, Mugenyi also served in Karamoja at the time when cattle rustling was rampant. 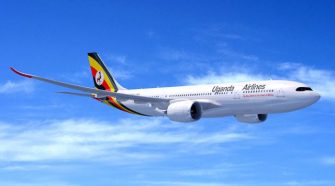