The Uganda Police has prohibited celebrations using fireworks tonight as the recently created new cities across the country take effect.

In May and November last year, government announced that seven towns and municipalities had been elevated into cities and were to start operations July this year.

But in celebration of the start of their operations, authorities in the new cities through TOMIL Fireworks, one of the fireworks company in Uganda, had organised to blast fireworks tonight.

However, in a letter to TOMIL Fireworks, Police Director Operations, AIGP Edward Ochom, said fireworks blasting is suspended due to COVID-19 pandemic.

“Your applications to blast cracker fireworks in Gulu, Fort Portal, Mbarara, Jinja and Mbale cities are acknowledged. Be informed that fireworks blasting was suspended due to COVID-19. The same will resume once the lockdown is fully lifted,” writes AIGP Ochom.

Nakasongola, Moroto, Kabale, Soroti and Wakiso will be operationalized in 2023/2024.

Each of the cities will comprise of two City Divisions that will be equivalent to municipalities for easy administration and coordination.

“There is no doubt that the future of Uganda’s growth will continue to lie in new cities which will be strategic and Regional,” said Namuyangu.

Cabinet in May noted that the creation of these cities will increase urban infrastructure services like tarmac roads, improved waste management, water services, effective and efficient physical development and planning and implementation.

It will also increase local revenue and government fiscal transfers including increase in employment levels, according to Cabinet. 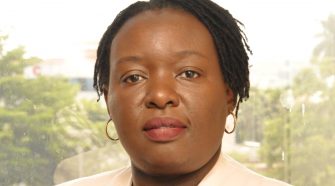