A total of 18 suspects who were arrested in operations conducted by the military last week have been released on Police bond.

The UPDF Deputy Spokesperson, Lt Col Deo Akiiki confirmed to this website that the 18 were released from detention on Saturday. Two (2) of these were being held at Kajjansi Police station while sixteen (16) were at Police Special Investigations Division in Kireka.

These were part of a larger group of 30 people affiliated to the Boda Boda 2010 Association, who were arrested by Chieftaincy of Military Intelligence (CMI) operatives for their alleged involvement in the brutal murder of Francis Ekalugar, a former accountant of Case Hospital and a host of other crimes in the city. Ekalungar was killed earlier this month and his body later discovered dumped and burnt beyond recognition.

Akiiki told SoftPower News that the number of those detained had increased to 40 as the military made more arrests.

Last week, Lt Col Deo Akiiki said that the arrests followed plausible leads and credible intelligence that tied the suspects to the murder of Ekulangar. He said that some of the arrested will face murder charges while 20 others will be charged with obstruction of justice.

However, Kitatta is still being held, according to Lt Col Akiiki.

He says that Kitatta and the other 21 suspects who remain under custody are still helping the course of investigations. He said that they are likely to be produced in courts of law this coming week.

“Out of 30 suspects arrested by CMI, 18 have been relesed on police bond and 22 are still under custody helping investigations. They could be produced in courts of law during working days,” Lt Col Deo Akiiki said.

The release of the 18 suspects comes days after Sumayiya Ninsiima, the wife to Kitatta filed an application in court seeking that his husband be produced in court, claiming she has not been granted access to him ever since he was arrested.

She said that she worried about Kitatta’s whereabouts and that restricting her from him violates his individual rights and freedoms.

Some other relatives of the detainees have since pleaded for their release, some saying that they are innocent.

However, many Ugandans took to social media praising CMI for cracking down on criminal elements of Boda Boda 2010. 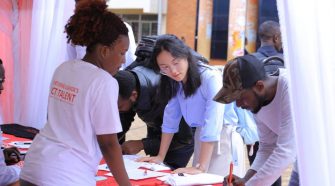