The Uganda Police Force has terminated the operatives attached to the Flying Squad unit with immediate effect.

This is contained in a notice issued Monday by the head of the Flying Squad Unit, detective SSP Peter Kakonge.

According to the notice, services of “all those who have been working with Flying Squad as operatives” will no longer be needed.

The directive is said to have come from the top most level, IGP Okoth Ochola and it took effect yesterday November 5.

Flying Squad, a unit of Police charged with handling violent and organized crimes consists of trained Police officers but has also been using civilians known as ‘operatives’.

The operatives are mainly people with a history of criminality including thugs and robbers who had been integrated within the Police as informants to aid operations against criminals. This is on the premise that the so-called operatives were better placed to know many of the criminals elements. A source within the Police told SoftPower News that some of them are skilled in operating guns.

It is these same operatives that would help in identifying which thugs perpetrated the different offences. Majority of these are concentrated at Central Police Station (CPS) and Katwe Police station.

In May of this year, IGP Ochola made new changes within the Police command, moving the now detained Senior Police officer, Herbert Muhangi from the Flying Squad where he had been commander.

He also announced that the Flying Squad had been disbanded and directed that all officers under the Unit report to CID Headquarters in Kibuli for further deployment.

But a month later, President Yoweri Museveni while unveiling his ten point strategy for eliminating urban crime, revealed that he would reinstate the Flying Squad, only that this time it would be more effective in carrying out its duties.

“We are going to revive 999 and the Flying Squad, only that this time, the Flying Squad will not be a crawling squad through heavy traffic,” the President told Members of Parliament in his address in May.

The Flying Squad suffered a tainted image in the years leading to the end of former IGP, Gen Kale Kayihura, following persistent allegations that its officers connived with wrong elements to commit criminal activity.

There were several reports of operatives of Flying Squad abusing their power and aiding crime including car jacking and illegal repatriation of refugees.

Two Flying Squad officers were among the nine charged last year before the general court martial for cases of illegal possession of fire arms and grenades, among other charges. 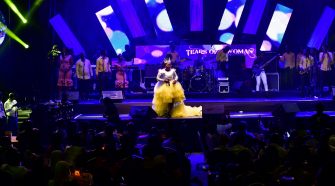