Security has Tuesday conducted a search at the home of NBS Television news anchor Samson Kasumba, following his arrest on Monday night while returning home from NBS television.

He would later be detained at Kira Road Police Station.

NBS Television earlier said they were not privy to the reasons of their employee’s arrest. However, Police spokesperson, CP Fred Enanga told this news website that the anchor is being held on subversive activities.

“Our Electoral and Political Offences Department took interest in Kasumba following information about subversive activities he is involved in,” Enanga said.

He revealed that the arrest is not related to his media work.

By publication of this story, a search was being conducted by the Criminal Investigations Department at his home in Nalya. This, Enanga said was also to be conducted at all the places where he was involved in those subversive activities.

Details of the outcomes of the search are yet to be released to the public.

Asked what subversive activities Kasumba was involved in, the Police spokesperson said he could not divulge more information at this time. He said the Journalist is accused of “plotting against his country.”

Kasumba is likely not to be returned to Kira Road Police Station but instead be transferred to Police Special Investigations Unit (SIU) Kireka for further interrogation.

It is not clear whether Kasumba was involved in the allegations as an individual or in collaboration with other people, organisations or neighbouring countries.

The development comes at a time when Uganda’s relations with almost all countries including her neighbours are at their best apart from Rwanda which in 2019 blocked her nationals from coming to Uganda as well as accusing Uganda of a number of issues including supporting elements hostile to Kigali administration. Uganda denied the allegations. 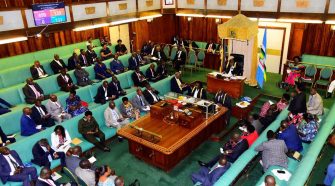