In the February 20 summons by Director Criminal Investigations, Obwona Joseph, Bad Black is required to appear at the CID headquarters in Kibuli on Wednesday next week to aid Police investigations into the matter.

“You are, therefore, in pursuance of the provisions of Section 27A of the Police Act (as amended) required to report before acting Commissioner of Police [in charge of media department] at CID headquarters … without fail,” Obwona wrote.

The summons did not reveal the identity of the person the offences were against although some sources claim it could be one of the senior officials in government.

Days after the arrest of Kyadondo East MP, Robert Kyagulanyi Ssentamu and other over 30 people including 3 legislators in August last year after allegedly stoning one of the cars of President Yoweri Museveni, the socialite posted a video on her Facebook account, protesting the move.

With Bobi Wine’s ‘Freedom’ song playing in the background, Bad Black said they were tired of a certain government official whom she repeatedly showered different sorts of insults.

Black who claimed to have been in Dubai then said “even if you arrest me from the airport, I don’t care after all you put a television set in Luzira prison, I will keep watching that”.

She said security had to release the legislator (Bobi Wine) without fail, before accusing the government official of denying responsibility of several of her pregnancies.

In a turn of invents, Bad Black recorded another video in which he asked for forgiveness from the very government official, saying it is poverty which had pushed her to insult him in the previous clip.

“I ask for forgiveness from you (government official), I am a Ugandan not a foreigner and a Muganda woman. We at least mess around because of poverty, and it can lure you to support Bobi Wine,” she said.

She said despite her loving Bobi Wine, her preference is not seeing him ruling Uganda but just music and representing residents of Kyadondo East in Parliament.

Black revealed that she had been promised USD 100,000 by a person she refused to mention, to insult the government official in the previous video clip, only to be given USD 20,000.

It is this excitement for money she said, that forced her go against the party she supports (NRM), before confessing that she has never supported Bobi Wine because “he has nothing inspiring”

This website could not verify whether the the investigations are indeed related to these particular video clips. 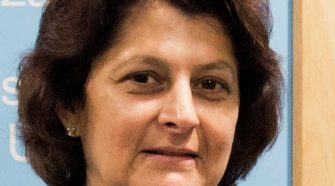