As the first term of the new academic year (2019) opens, the Police has Monday tipped parents on ways of keeping their children safe as they travel to and from school.

While addressing the media at the Central Police Station in Kampala, Police Spokesperson, CP Fred Enanga, said that it is the role of the Police to ensure that school-going children reach without encountering road accidents and other forms of abuse like rape and kidnap.

He said it is important to remind parents, guardians and teachers that every time schools begin, accidents increase due to the high number of vehicles as well as having many school children on roads, which consequently increases road accidents.

‘’Some parents are too busy to take their children to school and as a result, they entrust them with friends and relatives who don’t take good responsibility of them. It is better for parents who cannot take children to school by themselves to always make phone calls at school to confirm their presence,’’ Enanga said.

He added that, for the case of day schools with drop zones, some parents park in roads as they drop children to school. This, he says, causes traffic jam and congestion, saying it is better for parents to keep in mind that there are other road users and they drop the children quickly.

On children below 10 years, Enanga says it is risky to allow them walk alone to school, advising that at least a mature person should accompany them.

Regarding motorcyclists (boda boda riders) who take children to school, Enanga says that despite them doing a commendable job, a number of them is impatient while others lack knowledge of traffic rules.

The Police spokesperson further revealed that Police has started a system which will allow an alliance between them and school authorities to identify children whose rights have been abused during their holidays. He says this will help to avail justice to those children.

Speaking about causes of fire in schools, he said that schools should be strict on items like matchboxes, polythene bags and their electric wiring systems together with establishing fire fighting gadgets to as to eliminate any possibilities of fire outbreaks in schools, before saying that those without them in place, are not allowed to start. 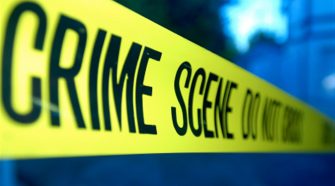