Police has revealed plans to transform its Child and Family Protection Unit to a fully fledged Directorate in a bid to reinforce its capacity to fight against gebder based violence.

This, according to Police will boost the financial resources as well as the other logistical needs required to handle these cases which have been rising year on year.

The revelation was made by the Police Chief Political Commissar, Assistant Inspector General of Police (AIGP) Asan Kasingye on Monday during the commemoratio of the ’16 Days of Activism Against Gender Based Violence’ campaign.

Kasingye note that cases of violence against women and girls remain a burden to the police and attributed it to gender inequality and the role of the internet.

But he said that Uganda Police Force has made efforts to reverse this trend including upgrading the Unit that handles domestic and gender issues to a Directorate.

“This means that the Directorate will have its own separate vote for financing. It will have its independent budget to enable it plan effectively and efficiently deal with the problems that afflict our society,” AIGP Kasingye who was representing IGP Gen Kale Kayihura said in his remarks.

Most of the police stations at the lowest level still struggle with requisite tools like transport means to carry out work and the medical forms given to victims of violence, Kasingye told the press.

While gender related crimes constitute 60% of the cases reported to police, Kasingye said that 80% of the financing that goes into activities aimed at reducing gender relate violence while Police only foots 20% of the costs.

Kasingye however noted that police needs to do some soul searching since corruption has also played a role in worsening the violation of women’s rights.

“As the police, we also need to look within ourself to reduce corruption. If a woman reports a case to police and the husband bribes officers to drop it, this aids the problem,” he said.

He also urged police officers to educate youths about the dangers of drug and alcohol abuse.

Furthermore, he spoke to the need to sensitive the public on the land law given that some of the domestic conflicts stem from misunderstandings on land.

Meanwhile, the Police Council is set to approve the recently developed Police Gender Policy which will stipulate the institution’s standards on; recruitment, welfare, accommodation, recruitment and promotions of female police officers.

At the same event held at Railway Grounds in Kampala, Susan Oregede, a Specialist on ending of violence against women at UN Women challenged the idea that mistreatment of women is justified.

Statistics reveal that 27.8% of women in Uganda experience sexual violence while 51% of women experience life time abuse by their intimate partner.

“44% of men believe that battering one’s wife is justified under some circumstances. This can never be justified and we must fight it,” Oregede said.

She applauded the recent introduction of special courts to handle gender based violence in Uganda which she said will go along way in addressing the low prosecution rates of such crimes.

The event was also attended by pupils and students who took turns in highlighting the plight of girls and women, sounding appeals for the protection of their rights. Female students from Nabisunsa girls showcased taekwondo tactics that girls could use to defend themselves from physical harassment.

The police used drama skits to demonstrate examples of gender related violence and the role of police in solving these problems.

Monday’s event began with a procession of a brass band through the city centre and led by AIGP Kasingye among other police officers to raise awareness on gender based violence.

Masaka: Two Officers Dismissed from Police over Man who Burned Self to Death 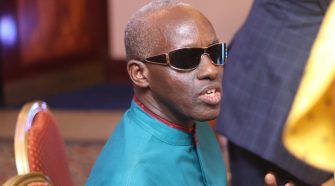