Police has announced changes in its investigation processes, revealing that Investigative Officers (IOs) will henceforth ensure that complainants or victims receive regular updates on the progress of investigations.

The Police spokesperson, CP Fred Enanga told reporters on Monday that the changes are aimed at addressing concerns that have previously been raised by complainants who say Police never gives feedback in regard to their cases.

“You have been noticing that sometimes, on radio, TV and other forms of media people complain that the investigating officer is not giving them an update on their case. And that they are not getting feedback or that the suspects were released and found their way back,” CP Enanga said.

He said the objective of giving feedback is to ensure there is adequate information given to the complainant or victims, to allow for an informed involvement of all stakeholders.

“Therefore, the Investigating Officer at the commencement of an investigation or upon someone reporting a complaint at the Police, they have to ensure there is meaningful engagement which commences from that initial point of contact to the conclusion of the investigation,” he added.

The IO will maintain a channel of communication either through telephone, email, WhatsApp and other forms of communication including physical meetings during which the complainant is given a brief on the process.

“We recognize that effective complaint management is a best practice and therefore we expect that our detectives will give better response when receiving complaints and guiding victims on what stage they can record their statement”.

Enanga said that such a mechanism helps the complainants understand what CID can and cannot do.

The same applies to time frames and assessing the nature of the complaint and making referrals to other security agencies if the matter is not a direct matter for CID to handle.

In addition, he said the new strategy will also address problems to do with mismanagement of cases, soliciting of bribes, failure to arrest suspects, questionable release of suspects, complaints of bias among others.

“We believe that this is going to bring out the good work that is never known to the complainants. The Police does a lot of good work in the investigative process but you find that we don’t give this feedback to complainants, victims, relatives and community leaders. And people give misconceptions about the work of Police,” Enanga said.

On the whole, he said this will improve Police’s service delivery especially in its CID functions. 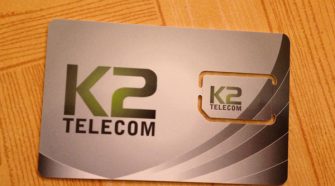