The Police is set to recruit at least 4,500 Probational Police Constables and 500 Assistant Inspectors of Police, according to the Deputy Police spokesperson, ACP Polly Namaye.

According to ACP Namaye, eligible candidates are those aged between 18 and 25 years and citizens of Uganda.

She told reporters at a news conference on Monday that applicants must possess good conduct, they must e fit, good communicators and ready to undertake basic training of 12 months.

Requirements for those applying to be Probational Police Constables include a Uganda Certificate of education (UCE) certificate with at least 5 credit points including English and Mathematics.

In the case of Assistant Inspector of Police, candidates must possess Diplomas in relevant science fields such as Clinical Medicine and Community Health, Environmental Health Science, Public Health Dentistry, Orthopedic Clinical Medicine, Mechanical Engineering and Automotive Engineering among others.

“The application process has already kicked off and clear handwritten application letters, passport photos and other photocopies of other useful documents should be delivered by the individual applicant to the recruiting teams at the respective recruitment centres as per the schedule,” ACP Namaye said.

She however warned individuals who might attempt to use academic documents that belong to others, saying they risk being arrested.

Meanwhile, Police has started validating officers who missed out on previous validations to enable the Ministry of Public Service to continue paying their pension.

“We have updated a list of 1,034 unvalidated police pensioners to the Police website. Officers are expected to appear for this validation exercise in the Ministry of Public Service before 14th July 2019,” the Deputy Police spokesperson said.

She said that officers who will not participated in the validation process risk having their names deleted from the pensions payroll. Regarding deceased pensioners, Police will require claimants to produce letters of administration.

Namaye emphasized that the survivor benefits became effective on March 1994 and any records before this date are not entitled to any monthly benefits as the law was not yet effected. 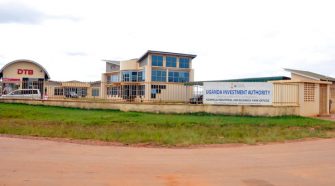 MPs Question Move by UIA to Purchase 446 Acres in Namanve