The Uganda Police Force (UPF) have revealed plans to cause an amendment in the 48-hour rule maximum in detention.

This was revealed by the police delegation led by the State Minister for Internal Affairs, Mario Obiga Kania, the IGP, Martin Ochola and the Deputy IGP, Mzeeyi Sabiiti who had appeared to offer responses to issues raised by the Uganda Human Rights Commission in their 19th Annual report.

According to the report, Police has continued to fault the 48-hour rule which provides for the production of suspects before Courts of law within 48 hours after their arrest.

The commission thus recommended that the police force should adhere to the law and equip its officers with the necessary facilities to enable them efficiently perform their duties and fulfill the constitutional obligation to bring suspects to Court within 48 hours.

However, in response, the police delegation noted that they face a number of challenges in enforcing the rule some of which are not their own making.

“Some courts have magistrates that work a few days in a week while some State Attorneys operate over a wide area; besides, the 48-hour rule is not very realistic in all cases,” noted the Police Director for Human Rights, Erasmus Twaruhukwa in his response.

“It is our intention at an appropriate time to propose a constitutional amendment where the rule will apply to the majority of cases but not all,” Twaruhukwa said.

They noted that the exceptions shall include cases committed across borders or within borders but whose investigations require movements across the country and capital cases that require extensive investigations like murder and terrorism.

A number of legislators found the response outrageous who noted that there shouldn’t be such an amendment in this current age.

“We can’t believe that in this century police can think of increasing the time of producing suspects before Court when other countries in the region and world over have reduced the time,” noted Kaberamaido County MP, Veronica Eragu.

Eragu noted that this speaks volumes to Police incompetence in regard to carrying out thorough investigations.

Other MPs noted that Police needs to instead train more of its staff and equip them with better investigation and intelligence skills to avoid the usual rounding up of suspects without proper leads. 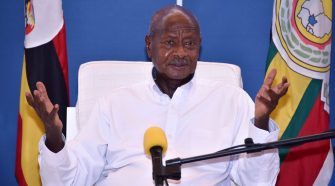