The Uganda Police has sent a strong warning to traders in arcades against their planned unauthorised opening of arcades tomorrow, Tuesday.

Arcades are among the places closed when the government declared a nationwide lockdown in March. Later, the government eased lockdown and opened some commercial areas including standalone shops, garages and Malls.

However, there have been continuous calls to the government by members the public to have arcades also reopened so they resume business. Government says arcades were left and remain closed because of fears that they attract large numbers of people.

On Monday, traders under the Kampala City Traders Association (KACITA) resolved to open their shops in arcades starting tomorrow Tuesday July 14 despite the existing suspension.

KACITA has since issued a notice to its members who work from arcades to resume business tomorrow but under Standard Operating Procedures (S.O.Ps).

“Enough is enough, all traders operating your business in arcades, come and open your shops tomorrow 14th July, 2020 as we follow the directives of the Ministry of Health (S.O.Ps),” read the notice by KACITA.

KACITA’s Chairman, Everest Kayondo, confirmed to this news website that they have resolved to forcefully reopen the arcades but promised to provide further details after a meeting he said he was attending.

“We are going to forcefully open the arcades because government has failed to allow us resume work. Allow me finish the meeting I am currently attending, then I give you reporters an update,” Kayondo told this reporter.

The planning opening according to police is unauthorised and will not be condoned by authorities.

Kampala Metropolitan Police spokesperson, SP Patrick Onyango, says the traders ought to wait until government lifts its closure of arcades.

“We call upon them (traders) to be calm and patient as we wait for the government directives on when they will open. As of now, there is no arcade that will be allowed to open,” SP Onyango told SoftPower News.

“Until government issues another directive, the current directive is that they are closed and it has not changed and so, as Police, we shall firmly implement the government directives on arcades,” he added.

Last week, the Minister of Kampala Affairs, Betty Amongi issued a number of guidelines to arcade owners before the business centres can be reopened.

The guidelines issued included keeping the premises and access ways clean, hygienic and not blocked, and that corridors and access ways are free of any obstruction, stockpiles and temporarily structures.

The arcade owners and the business people who operate in the business centres were among other things asked to have adequate natural lighting and ventilation in the premises, a dedicated entry and exit point and dedicated persons to man them at all times.

They were also asked to put in place a closed Circuit Television Camera-CCTV at each entry, exit and level and a body temperature screening of clients and attendants using functional infrared thermometers. There should be a dedicated isolation room in case they get any suspects, according to the Minister. 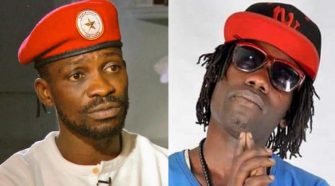