Police have revealed that they are yet to clear a procession by residents of Kawanda- Kirinyabigo who seek to hold prayers for the late Arua Municipality MP, Ibrahim Abiriga.

Abiriga was gruesomely murdered early this month on his way back home in Kirinyabigo and residents have thus resolved to hold prayers in his memory.

The event organiser and former Kawanda Ward Councillor, Casmoto Mutebi said the prayers will be conducted in Kaayi village at the very spot Abiriga was murdered.

Mutebi said that the prayer will be preceded by a procession that will start from Kawanda trading centre and end at the point where prayers will be held.

“This is going to be a peaceful event for all residents as we remember the late Abiriga and we shall use the day to request the authorities to have the road named after him and to be called Abiriga Memorial road,” Mutebi said.

The function is expected to be graced by the area leadership including; the RDC Waksio district, RPC Kawempe region, DPC Kawempe, DISO Nansana Municipality, Mayor Nansana among others area leaders.

Mutebi said that all preparations are done and they informed Police but await for their final response.

“We did our part as required by law and we hope Police won’t refuse us from conducting prayers; this is strictly going to be a peaceful event,” Mutebi explained.

However, Kampala Metropolitan Police Spokesperson, ASP Luke Owesigire said that the event has not been cleared by the police authorities though they can’t stop people from conducting prayers.

“We have not cleared the event, although we can’t stop them from praying,” Owesigire said. 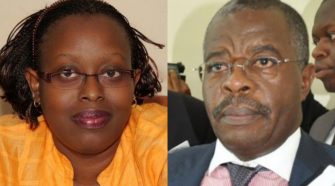 Gashirabake Responds to Sexual Harassment Allegations Against Him