GOMA – Opposition leader in Democratic Republic of Congo is leading a race to replace Joseph Kabila in an election due in December, according to a public opinion poll released on Tuesday.

Felix Tshisekedi, who leads Congo’s largest opposition party, is in the lead with 36 percent of the vote ahead of 16 percent for Kabila’s successor Emmanuel Ramazani Shadary, according to a poll by the Congo Research Group at New York University and Congolese polling firm BERCI.

The poll was based on 1,154 telephone interviews of Congolese across the country’s 26 provinces.

Shadary is a former interior minister, who oversaw the police during the crackdown, in which demonstrators protesting against Kabila’s extended rule were killed. He still faces EU sanctions.

“There is no doubt that the opposition will win but we don’t think electoral commission can organize credible elections,” said Augustin Kabuya, spokesman for Tshisekedi’s party.

The poll also shows that 62 percent of people do not trust the electoral commission to conduct a free and fair election, due to be held on Dec. 23.

Stephanie Wolters, an analyst based in South Africa said there is a chance that members of the opposition can unite and there is a realization that the opposition will be strongest if they have a unity candidate running to defeat one fronted by Kabila provided elections are free and fair.

President Kabila is barred by the constitution from standing again but critics are accusing him of fighting tooth and nail to have his candidate Shadary win election.

Other contenders, including former vice president Jean-Pierre Bemba and millionaire businessman Moise Katumbi have been barred by government from running. 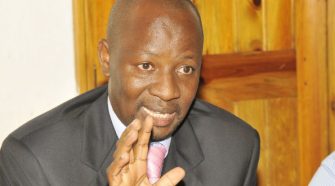 FDC Concerned that Murders Have Shot Up Despite Increased Security Budget