After the two-day meeting on Thursday, the Pope shocked those present by kneeling and kissing the feet of the two principals. It is here that he told them their people are waiting for their return home, for reconciliation, and a new era of prosperity.

He encouraged the two leaders to focus on what unites them rather than looking at those that divide them. The Pope said the people of South Sudan are tired of conflicting and they yearn for unity and peace.

Machar and Kiir can champion the process, the Head of the Catholic Church said.”

“People are wearied, exhausted by past conflicts, remember that with war, all is lost. Your people today are yearning for a better future, which can only come about through reconciliation and peace,” he said.

The Pope said this meeting was “something altogether special and in some sense unique” as it was neither an ordinary bilateral nor diplomatic meeting between the Pope and heads of State, nor an ecumenical initiative involving representatives of different Christian communities. Instead, it was a spiritual retreat.

South Sudan’s civil war, which broke out in late 2013, has killed tens of thousands and displaced more than 4 million South Sudanese from their homes. A peace deal last August has reduced but not stopped the fighting. 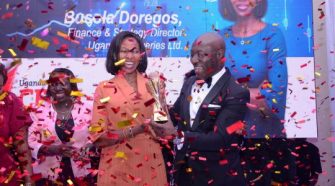