Rwanda’s President, Paul Kagame told a press conference in Kigali on Friday that there is no point in reopening the main border with Uganda if trade is only going to benefit one side, and if Rwandan nationals are to continue to suffer illegal arrests by Uganda.

The Katuna border has been closed to both cargo and persons since February this year, further straining the already frosty relations between Uganda and Rwanda.

While the initial justification given by Rwanda for the closure was road rehabilitation, President Kagame later revealed it was political.

On Friday, while addressing a news conference in Kigali, Kagame said the illegal detention of Rwandan nationals by authorities in Uganda explains why the border still remains closed.

“We don’t want to open borders which will only be one way. The other ones who use it, you arrest them. Because if you are talking about trade, but you arrest people using the border points, do you want goods to just move like these driverless vehicles?”

He said it is going to be difficult “to find sacks of beans moving on their own without people on board”.

It is for these arrests (by Ugandan authorities), he said, that his government advised Rwandans against traveling to Uganda.

“We told Rwandans ‘There is nothing else we can do if your people are arrested’. The only advice we can give others whose family members have not been arrested is ‘Don’t go there’,” the President said.

“But we continued to tell Ugandans they are free to come here, if they don’t want to come, we don’t have a quarrel with anyone”.

He said after the meeting in Kigali, Kampala released about 30 people. But these were not officially released but rather dumped at the border, he said.

Kagame says “it is a mess we can sort out”.

He argued that even if Uganda has legitimate reasons for arresting the Rwandan nationals, these suspects should be taken through the due process (tried in courts of law).

What many saw as a ray of hope in the diplomatic row was the peace deal signed in Luanda, Angola, on July 12 between Presidents Yoweri Museveni and Paul Kagame, both of whom made commitments aimed at resolving the stalemate. However, it appears the process is already hanging in balance.

After a follow up meeting involving officials from both Uganda and Rwanda in Kigali in September, another similar meeting was scheduled for October 16 in Kampala. However, this did not take place, raising concern.

Kagame said Friday that his government is not privy to reasons why the Kampala meeting hit a snag.

“The official communication about the meeting that was supposed to be taking place on 16th of October, now being suggested for 13th of November did not reach us until we read it in the newspapers. Then after reading it in the papers, we received the official letter”.

“That has its own meaning that I’m not knowledgeable about”.

He said Rwanda got another invitation that the November 13 meeting might not be taking place and was instead moved to November 18.

“We are okay with whichever dates anyone suggests or even if someone says we don’t want any meeting, we will respect that”.

In a recent interview with the BBC, Uganda’s President, Museveni, insisted he will not discuss the Rwanda issue in the press when there are diplomatic channels through which to engage with Kigali.

What remains an issue for Rwanda, he said, is “people who have been fermenting trouble inside the country and in neighboring countries” having connections with Uganda, a country he described as “our otherwise brotherly neighbor”.

“The second problem is the Rwandans who have been arrested for a long period of time. Some of them have been released on camera, people have received them on the border. It is not fake news. It is real”.

He said some of these people said they had been detained for three to six months and others two years.

“And the story is consistent with all of them regarding how they were arrested. They say they were in Uganda illegally. The initial story we were told is – these people were arrested because they were spies. Meaning Rwanda is interested in knowing things in Uganda,” he said.

“Of course the implication is – Uganda is not interested in things in Rwanda, so the spying is one way. I have not known history that tells me that that is happening one way, if it were to be true”.

The President said that right from the first group that was arrested in Uganda, the reasons given by Uganda were not adding up. He said it is the wrong elements (who are hostile towards Rwanda) whom he says are harbored by Uganda that tipped of Ugandan authorities Uganda of the so-called Rwandan spies in Uganda.

“In fact what’s interesting is some of them including those that were released say some people had approached them to recruit them in these rebel groups. But when they refused, then the punishment is arrest.”

Uganda has repeatedly denied the allegations of illegal detention of Rwandan nationals and harboring elements considered hostile by Rwanda. The Minister of Foreign Affairs, Sam Kutesa said months ago that while Rwandans are welcome to Uganda, they must obey the laws of the land.

Asked to comment on what seems like a lack of will in the integration of the East African Community (EAC), Kagame attributed this to the selfish nature of some of the stakeholders. He said some leaders have failed to make compromises for the greater good.

“The task of all of us to achieve broader and deeper integration is to keep working at it and understand fully that you’ve got to give something and get something. And not just to think about yourself but thinking for others as well and what they benefit from it,” Kagame said. 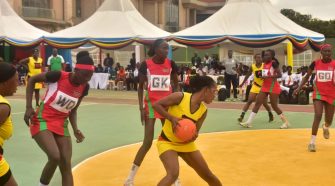