President Museveni has this evening arrived in Nairobi to attend the inauguration ceremony of President-elect, Uhuru Kenyatta slated for tomorrow the 28th of November 2017 at Kasarani.

Kenya held presidential polls on 8th August 2017 that saw the incumbent President Uhuru Kenyatta win with 54.27% of the vote.

The results were, however, nullified by the Supreme Court and fresh elections were ordered following a petition by one of his opponents, Raila Odinga, citing glaring errors in the transmission of results.

Kenya held re-run polls on the 26th of october 2017 in which President Uhuru Kenyatta emerged victorious for the second time. 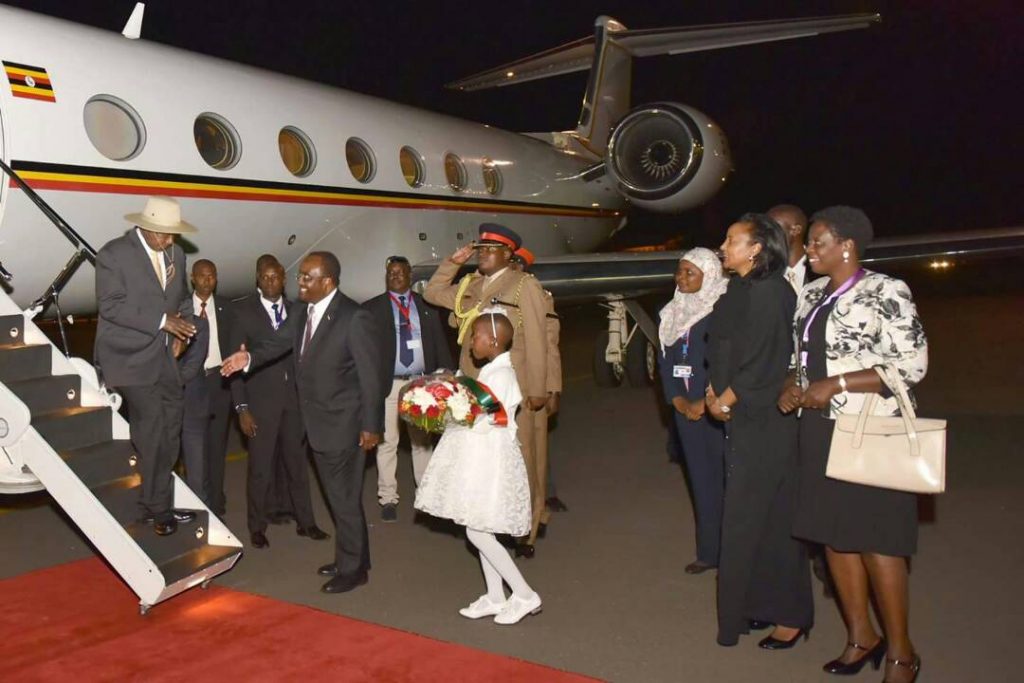 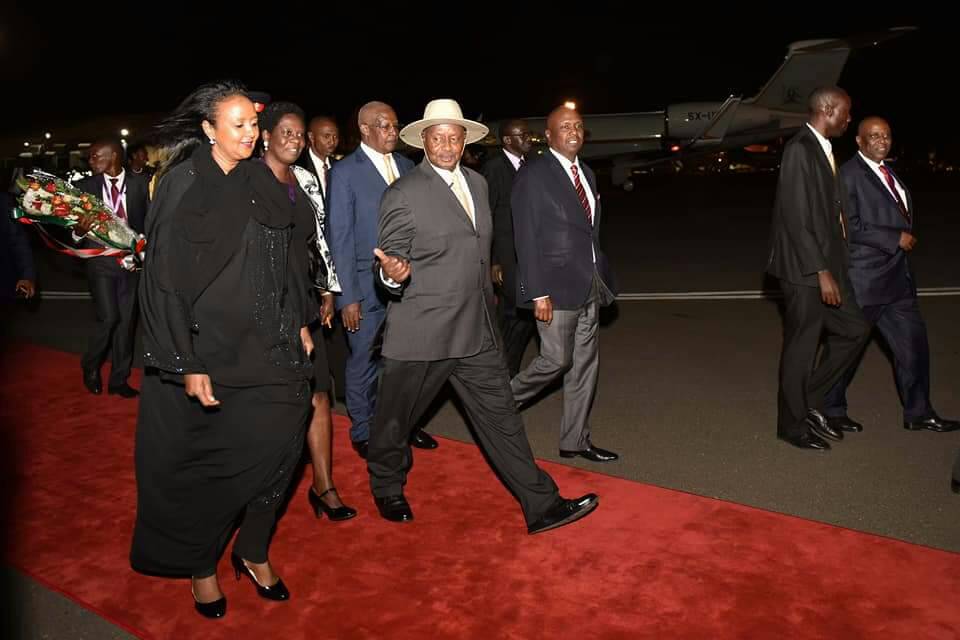 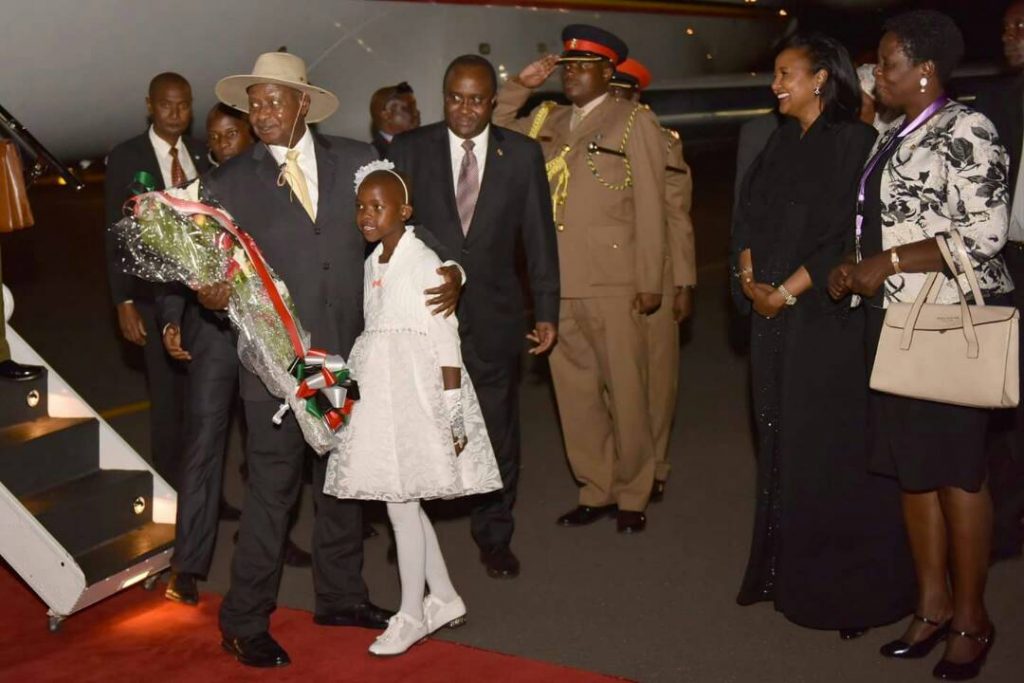 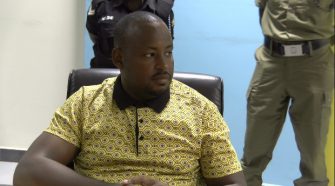