President Yoweri Museveni arrived in  Harare, Zimbabwe on Thursday and is Friday expected to officially open the ongoing 60th edition of the Zimbabwe International Trade Fair (ZITF) in Bulawayo.

He was greeted with a 21-gun salute and inspected a Guard of Honour mounted by members of the Presidential Guard.

He was then chauffeured to State House Harare where he was hosted to a reception dinner by his counterpart, President Mnangagwa.

The ZITF began on Tuesday and is being held under the theme, “Propagating Industrial Growth through Trade and Investment” and will be officially opened around mid day. 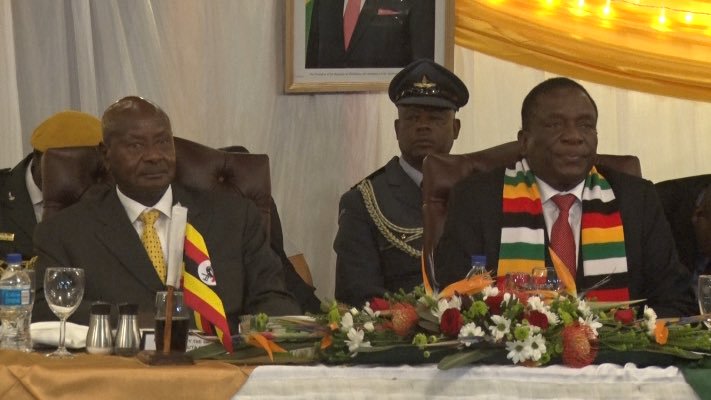 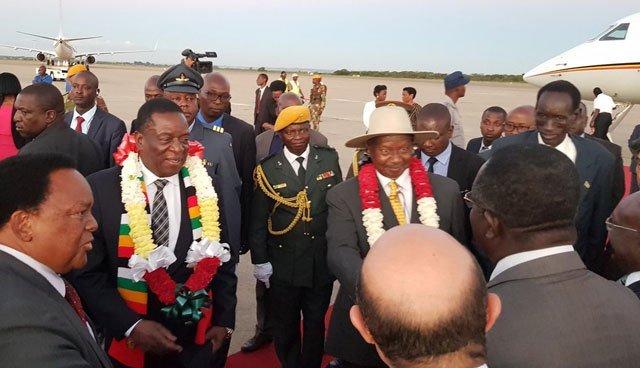 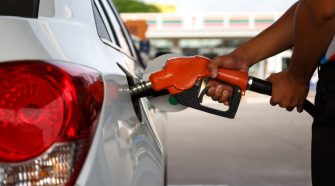