Uganda’s President Yoweri Museveni and his Rwandan counterpart, Paul Kagame have arrived in Katuna, the main border town of the two countries for talks slated for Friday.

The Katuna border has been closed for a year now, by authorities in Rwanda as part of the ongoing diplomatic standoff between the two countries.

It come after Uganda has in the last one month released two batches of Rwandan nationals (22 in total) who had been on trial in Uganda.

They had been in detention for a number of crimes including espionage, illegal entry into Uganda and kidnapping of Rwandan refugees and asylum seekers and illegally repatriating them back to Rwanda as well as unlawful possession of firearms and ammunition.

Uganda said the withdraw of charges was done in the spirit of continued fostering of good neighborliness between Uganda and Rwanda.

Earlier this month, both Presidents during a meeting in Angola pledged to take steps towards peace, stability, good neighborliness and restoring mutual trust.

President Kagame receives President João Lourenço and President Tshisekedi who landed in Kigali before driving to the Gatuna border for the fourth Quadripartite meeting. pic.twitter.com/EFsaPRBAWe

The meeting which was facilitated by Democratic Republic of Congo (DRC) President Félix Tshisekedi and Angola’s President João Lourenço who also invited and hosted his counterparts, follows the two Quadripartite Summits held in the same country in July and August last year.

During the meeting, the two Principals exchanged views on strengthening their political, diplomatic, economic and cultural relations.

After signing the Luanda Memorandum of Understanding in August last year, the first meeting of the joint Ad-hoc committee was held in Kigali in September and the second held in Kampala in December.

The two follow up meetings didn’t make any headways with the two parties failed to reach an agreement.

They did not issue a joint communiqué but instead referred the matter to their respective Heads of State.

During the February 2 meet in Angola, Presidents Kagame and Museveni pledged to continue with the activities of Ad-hoc Commission, as a mechanism for monitoring the implementation of the process to resolve the standoff.

Another Quadripartite Summit was scheduled to take place in Katuna (Gatuna) in the common border between Uganda and Rwanda on February 21 (today).

Kigali has since accused Uganda of among other things illegally incarcerating and deporting her citizens.

The country blocked their nationals from crossing to Uganda including school going individuals. 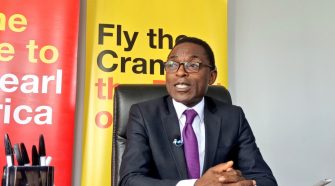