Police have arrested Jimmy Walugembe, a teacher of Springfield International School in Busabala near Kampala over allegations of sexual abuse against an 8-year-old female pupil.

About a week ago, an individual (@UgRwah on Twitter) raised the issue on Twitter alleging that a teacher of Springfield had had made an agreement to pay school fees for a girl he had raped.

“I Walugembe Jimmy, of Springfield International School promise to pay school fees for (names withheld) for term three without fail…” the said agreement read in part, according to the tweet.

“An agreement made between a teacher and parent of 8 year old girl that he raped, ” the tweet added.

The issue was later picked up by Police Director also Chief Political Commissar, AIGP Asan Kasingye, an ardent Twitter user. He promises he would follow up the matter “vigorously”.

“Case is now being handled by the Ag. Commissioner in charge of Sexual Offences/GBV at the CID Headquarters. Thank you for the information and patriotism,” Kasingye later tweeted.

On Monday, while addressing reporters at the Police headquarters in Naguru, Police spokesperson, CP Fred Enanga said Walugembe, 29, has since been arrested.

According to Enanga, the suspect on June 21 allegedly led the 8-year-old girl into a toilet and “acted inappropriately by sexually abusing her”.

“Several attempts were made by Jimmy and the school Management to bribe the parents to conceal the information on the incident, ” Enanga told reporters.

He confirmed that Walugembe had indeed entered into an agreement with the victim’s parents and the school Management to settle things.

Enanga says that the school’s headteacher identified as Moses Mutebi has also been arrested.

“The headteacher who turned a blind eye was arrested. The case file is before the Director of Public Prosecutions (DPP) and he will be charged with being an accessory to the crime”.

Enanga said schools must be strict with policies against cases of sexual abuse.

He revealed that a team of social workers are currently offering counselling to the young girl to help her overcome the trauma.

Cases of sex related crimes and defilement in particular are among the crimes that increased in the year 2018, according to the latest Police annual crime report.

Defilement alone accounted for 15,366 cases in 2018 which is a 2.3 percent rise from the cases (of defilement) reported in the previous year.

While presenting the statistics recently, the Police Director of Criminal Investigations, AIGP Grace Akulo said that 201 of the defiled victims were infected with HIV in the process.

In explaining the push factors behind the rise in these cases, AIGP Akulo told reporters that this is due to a number of reasons. She cited the decadency that is increasingly eating up the moral fabric of society saying. 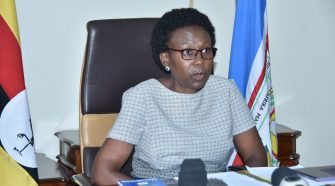