One of the suspects in the killing of former Buyende DPC, ASP Muhammad Kirumira is due to be presented in court.

The suspect, Kalungi Abubaker will be arraigned before the court in Wakiso district on Thursday afternoon, a source told this website.

Kalungi is one of the ten suspects who were arrested by military intelligence (CMI) operatives in different parts of the country. He was later taken by military investigators to Bulenga to help reconstruct the scene of crime.

At its most basic level, crime scene reconstruction attempts to answer the questions: what happened and how it happened.

SoftPower News reported earlier this week that Kalungi was picked up in Bulisa district last Friday together with Bashir Hamis in whose residence he (Abubaker) was hiding.

Also among the arrested persons is Mohammed Yosefu who was with Kalungi.

Another prime suspect identified as Katerega Abdu, was shot during the operation and later died of injuries.

Muhammad Kirumira, a prominent and vocal police officer was gunned down by unknown assassins on September 8 while he was heading back home at around 9 pm in the night. The assassins shot him and another woman identified as Resty Nalinya while the two sat in Kirumira’s car. 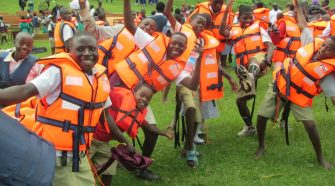