The Prince of Wales has tested positive for coronavirus, BBC reported on Wednesday, quoting Clarence House.

The Duchess of Cornwall has also been tested but does not have the virus, according to BBC.

Britain has entered its second day of a national lockdown – and police have caught many people ignoring rules aimed at preventing the spread of coronavirus.

The pandemic took another grim turn as the UK death toll increased by 87 to 422 while the NHS braces for the peak to start.

The UK has seen its biggest daily rise in deaths from coronavirus, with a further 87 fatal cases including 21 in one London hospital trust alone.

Coronavirus first reached Britain in late January, cases have been on the rise since late February and the first death was recorded on March 5.

Tens of thousands of people in the UK have been tested for Covid-19, and the government have now put in place a strict lockdown in an attempt to deal with the pandemic.

Every area of the UK has been affected, with London warned it will face the biggest peak. The public have been told to avoid “non-essential contact”. Millions have been urged to work from home and avoid unnecessary travel. Shops, pubs, restaurants and theatres have been ordered to shut and people have been told not to gather in groups of more than two. 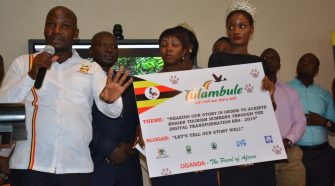