Prof Anthony Kabanza Mbonye has resigned from the Ministry of Health where he has served for over 30 years. He has been the Acting Director General of Health Services (Clinical and Community).

His resignation is contained in a letter dated January 29 to the Permanent Secretary Ministry of Health, Dr Diana Atwine.

Prof Mbonye has also applied for early retirement having clocked 55 years of age.

In a separate letter, he states: “I have worked for over 30 years …..and I am applying for early retirement as per the provisions of the Public Service Standing Orders”

Prof Mbonye’s resigning comes only days after he won a conflict of interest case against IGG.

In her ruling, Justice Henrietta Wolayo noted that the IGG finding of conflict of interest was only a mere statement that there is evidence of breach of the code, but it was not a final finding of fact by the appropriate disciplinary body.

The High court in Kampala ordered that Prof Mbonye should be allowed to sit the interviews, for the job of Director General Health Services after finding that he was not guilty of conflict of interest as the inspector general of government (IGG) had recommended.

The court had on 12 October 2017 halted the recruitment of a new Director General of health services to address Dr. Mbonye?s grievances after the Ministry of Health Permanent Secretary Dr Diana Atwine removed his name from the applicants for the job he held in acting capacity.

Mbonye through his lawyers Barya, Byamugisha and Company Advocates argued that the IGG’s report unfairly constrained his opportunity to compete for promotion, and asked court to declare it illegal and quash it.

High Court observed that while IGG was entitled to make findings after investigations, Dr Mbonye was also entitled to due process before the authority mandated to enforce the code.

She, therefore, quashed the IGG recommendation that Dr Mbonye did not qualify to be shortlisted, as being premature, and ruled that he should be allowed to sit interviews for the said post unless the Health Service Commission defers the exercise until disciplinary process is concluded.

Professor Mbonye who earned his PHD from the University of Copenhagen has been teaching at Makerere University’s school of public health since 1996 and at the Uganda Christian University since 2008.

Unverified reports indicate that he has been offered a job by an International Organisation. 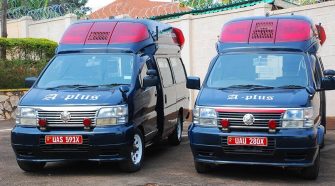