The controversy surrounding the process of selecting a new Vice Chancellor at Mbarara University of Science and Technology (MUST) continues to deepen after the current Vice Chancellor, Prof Celestino Obua was reappointed to continue serving as VC.

One of the staff members disclosed to SoftPower News on Thursday that Prof Obua announced his reappointment on Wednesday while addressing members of the University Senate.

The staff member said Prof Obua told the meeting he had been reappointed by the University Chancellor, Prof Charles L.M Olweny.

A sitting of Council on Friday confirmed Prof Obua’s appointment. Item four on the matters discussed stated that Council “noted the reappointment of the Vice Chancellor by the Chancellor and welcomed it”.

The July 26 document is signed by the MUST Council chairperson, Dr. Warren Namara and Secretary to Council, Melchoir Byaruhanga.

In the meeting, Council also appreciated the staff for ending the strike and resuming duties.

It also directed staff to desist from communicating information that is harmful to the university’s name and image.

However, Julius Taremwa, the General Secretary for the MUST academic staff association told this news website that Prof. Obua’s reappointment by the Chancellor is illegal according to the Universities and other tertiary institutions Act.

“Council sat today, we wanted them to pronounce themselves on that but it is now the constituency and the major stakeholders to take it up,” he said.

“The Chairperson tried to cut it cool but as far as we know the law, it is an illegal document”.

He says appointment of the Vice Chancellor is supposed to undergo the university council’s search process which has not yet been conducted.

“The vice chancellor is supposed to be appointed through a search committee, Senate is supposed to get three people and forward their names to the Council then Council chooses one. That’s the rightful process,” said Taremwa.

The alternative, Taremwa says, would be through the Attorney General’s advice on the evaluation report which was earlier rejected by the university staff.

He accuses the Vice Chancellor and the Chancellor, Prof Oleny of conniving to forge a letter claiming for his official reappointment.

When contacted by SoftPower News to confirm his reappointment, Prof Celestino Obua said; “It’s true I was reappointed for the second and last five-year term”.

It should be recalled that the issue of the Vice Chancellor was central to the recent staff strike at the university. One of the demands outlined by the staff was for the Council to expedite the process of replacing Prof Obua.

In another development, the academic staff association voted out John Emenyu who was Chairperson to the association and replaced him with Simon Kawuma who will serve in acting capacity.

The general assembly that sat on Wednesday gave Emenyu a vote of no confidence with 97% voting in favor of his impeachment. They earlier accused him of siding with the university management and undermining the resolutions taken by the association. 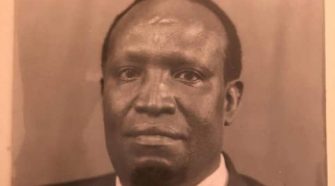