Private Sector Foundation Uganda (PSFU) has called upon government to consider establishing a Skills Fund to ensure that Ugandans are constantly skilled to match the job market skills needs.

The call was made recently by PSFU Head of Skills Development Facility (SDF), Ruth Biyinzika Musoke while launching a third call for applications to improve skills training in the formal sector under window 1.

Biyinzika noted that lack of skills is still a big problem in Uganda, and training institutions continue to produce graduates whose skills do not match with what the market demands.

The Fund was started in October 2006 and the grant started in December 2017. It is a credit from the World Bank but the government of Uganda through the Ministry of Finance selected PSFU to manage this particular fund on behalf of Ugandans.

“Skills Development Fund is implemented in many other countries, it is a trend for countries right now to invest in skilling of their workers. Where SDF is being done even in U.S, governments are investing in a fund, putting in resources and the private sector is contributing a small percentage to make sure that everybody is skilled, it doesn’t matter whether you are employed or not,” Biyinzika said.

“As PSFU, we believe that after this pilot, the government is going to establish a skills fund because this one was a pilot to see how the fund would work. We should have a fund and it should be placed in an institution.”

She noted that a number of times, companies find it extremely expensive to train their workers and government must chip in to ease this cost.

Biyinzika revealed that Window 1 is aimed at funding skills training to address skills shortages in the formal sector and targeting beneficiaries in medium and large enterprises. 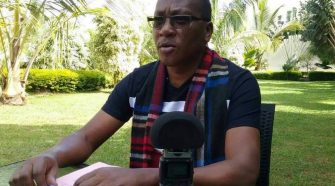