A court application has been filed to the High Court seeking that government explains why former Inspector General of Police Gen Kale Kayihura has not been formally charged in court or released.

The application filed by a one Bwengye Deusdedit in public interest seeks that Kayihura either be produced before a judge or court martial, or else be released.

In his application, Bwengye pleaded that court issues summons to the Chief of Defence Forces, the Commanding Officer in charge of Makindye military barracks, the Director of Public Prosecutions and Attorney General, “to appear in court and show why Gen Kale Kayihura should not be released forthwith”.

The former IGP was arrested on June 13 and has been detained for over a month now over what is suspected to be crimes he allegedly committed during his tenure as Police chief.

But the army which effected the General’s arrest remains silent on why he is being held.

“General Kale Kayihura has been restrained in military custody or house arrest for 33 days without any charge, in violation of Article 23(4) of the Constitution,” Bwengye said in his application.

He further contends that Kayihura “has to the prejudice of the Ugandan public surrendered his constitutionally guaranteed right to apply for the writ or habeas corpus to determine the legality of his prolonged detention”.

Yesterday, a group of leaders from Kisoro district where the embattled General hails from met with Prime Minister, Dr Ruhakana Rugunda to plead for Kayihura’s release.

They said that the high ranking army officer did not deserve the treatment he has been subjected to given that he “selflessly executed his duties as ordered by the President.”

However, Ugandans on social media reacted angrily to the Kisoro leaders’ demand wondering why they did not advise their son (Gen Kayihura) when he detained suspects for more than the lawful 48 hours and tortured them at Nalufenya detention facility where some of the suspects lost their limbs.

Kamugisha Vicent commented on Facebook; “Kisoro leaders, even if you benefited from unprofessional policing and promotion of rotten police structures and policies plus all sorts of corrupt tendencies from your man. No one is above the law, having been loyal to government doest not exempt him from criminal justice”.

“And the people of greater Kampala that were teargassed, harassed by kayihura petition government to unconditionally imprison Kayihura for life for the crimes against humanity,” Samuel Mukasa a Kampala resident chipped in.

“Why don’t Kisoro people talk about the Muslims Kale used to arrest in relation to fake accusations? If Kale committed crimes they should let him pay just like others in the NRM company will pay,” suggested Kenneth Makanga Ssekirime.

On his part, Peterkins Joh said; “Yes, they (Kisoro leaders) are right because they benefited from his weevil policing”. 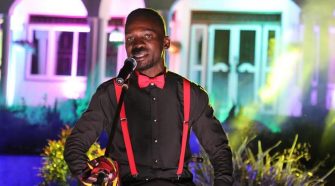