Kampala Lawyers under Network of Public Interest Lawyers (NETPIL) have condemned the acts of torture and inhuman treatment that were exhibited by security forces while dispersing rioters on Monday in Kampala and other areas in the country.

Addressing the media at Makerere University, the lawyers vowed to consider a private prosecution against the perpetrators of acts of torture and the cruel, inhuman, degrading treatment of Ugandans following the Arua by-elections.

NETPIL Coordinator, Arthur Nsereko said that lawyers are currently gathering the relevant evidence to have the perpetrators brought to book to answer for their actions as individuals.

“We are currently receiving and profiling all victims of torture and giving the Director of Public Prosecution a little time to Institute a public prosecution but once he fails, we shall be compelled to consider another private prosecution against these perpetrators of injustice,” Nsereko said.

Nsereko said that the acts of torture and cruel inhuman or degrading treatment that was mated upon Ugandans on Monday by security forces across the city and in other parts of the country is despicable, deplorable nd unacceptable which deserve to be condemned by all Ugandans.

“The acts of violence by the security forces need to be professionally and effectively investigated and individual perpetrators of violence be brought to order and to account,” Nsereko said.

He thus called upon all torture victims to approach their offices with evidence of the perpetrators and they will do the needful.

Nsereko as well called upon Court to rise and defend suspects against torture by refusing to carry on cases were suspects are arraigned after being tortured until the perpetrators are brought to book.

“It is evident that the courts of justice have recently been treated to long queues of suspects with glaring warning signs of torture, tyranny and oppression”.

Article 126 of the Constitution enjoins the judicial officers to exercise judicial power in the name of the people and in conformity with the law, norms and aspirations; by continuing to entertain cases of victims of torture, courts are condoning grievous acts of torture. 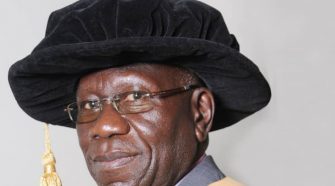