In the wake of heightened fear among Kampala city residents on the rising trend of abductions, the Speaker of Parliament, Rebecca Kadaga has called on the security agencies to “pull up their socks” and prevail over the “worrying” insecurity in the country.

Kadaga’s appeal comes a day after the body of slain 28-year-old Susan Magara was found dumped in Kigo, three weeks after she was kidnapped from Lubaga in Kampala.

Police say that seven people have been reported missing in Kampala in the last two months.

The brutal murder of a youthful Susan Magara which was shrouded in mystery sent a wave of fear and uncertainty among many Ugandans sparking a debate on the capacity of security agencies to trace perpetrators of such crimes.

Kadaga said the recent events are “extremely painful” and “worrying”.

“This is extremely painful. We were very stressed when 23 women were killed around Entebbe some months ago, and we thought the situation had been put under control,” Speaker Kadaga said in a video message tweeted by the Parliament account on Wednesday.

She added; “But now, this young lady [Susan], she was killed yesterday, another one was a young lady who was abducted in broad day light. It is quite worrying”.

“I want to call upon the security agencies to really pull up their socks on the issue of security,” Kadaga appealed.

In the course of the investigation into Susan’s kidnapping, security agencies had hit a snag in their efforts to track the mobile telephone numbers used by her captors to negotiate with her family for ransom. The agencies briefed Cabinet on Monday this week that some unregistered simcards especially those on the Airtel network were still active and were being used to carry out crime.

In it’s decision, Cabinet directed the communications regulator, UCC to investigate telcos on the status of their simcards and report back within two weeks. 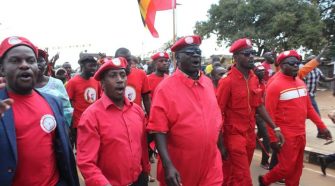